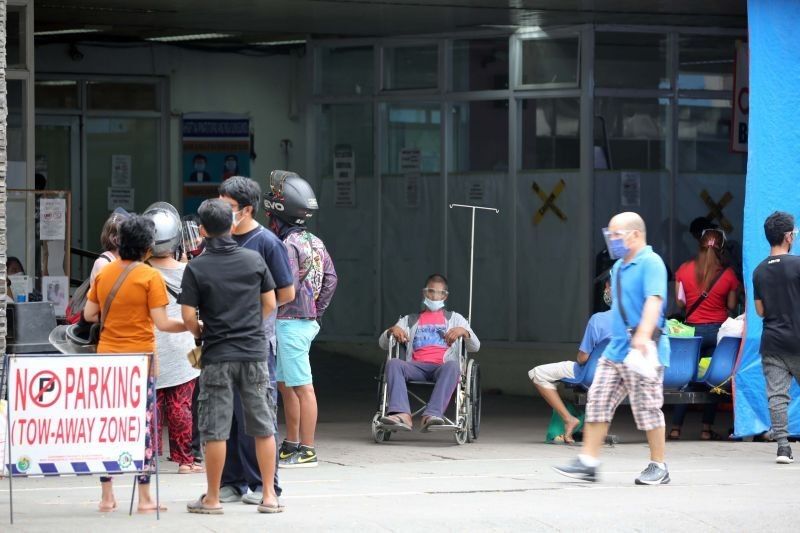 MANILA, Philippines — Coronavirus is deadly, but it was not the top disease that killed Filipinos last year.

“The lack of clinic check-ups, the lack of attendance of doctors because they too cannot go to work created right now a scenario in which cardiovascular disorders are increasing,” said Anthony Leachon, an infectious disease doctor and former adviser to the National Task Force Against COVID-19.

Ischaemic heart diseases were the leading cause of death for second year in a row, with 99,680 people losing their lives last year. Mortality from the disease went up 2.3% year-on-year, and represented 17.3% of total loss of life because of a disease last year.

Neoplasms or tumors as well as cerebrovascular diseases were ranked second and third, respectively, although deaths from these diseases declined by 9.3% and 6% from year-ago levels.

Deaths due to diabetes mellitus however rose 7.8% to 37,265 last year, enough to put the disease as the fourth top killer of Filipinos from fifth in 2019. At sixth place, deaths from hypertensive diseases also jumped 6.3% to 29,511 last year, when most Filipinos were forced to become stationary at their homes.

COVID-19-related registered deaths only came in seventh at 27,967, prompting the Coalition of People’s Right to Health to lament what it said is the “covidization” of healthcare. The non-government organization argued that while coronavirus remains a serious concern, other diseases should not be sidelined.

“Many patients were unable to receive proper follow-up for monitoring and treatment, perhaps worsening chronic and neglected diseases. Unfortunately, this may have contributed to more deaths indirectly caused by the pandemic,” its convenor, Joshua San Pedro said in an interview.

As a go-around, telemedicine became a norm to avoid adding to hospital congestions, but care has also been limited by technology and diseases that require a close check-up, especially when underlying conditions were involved.

A long-term fix, San Pedro said, a free and comprehensive primary care package for communities would go long a way “to hopefully stop preventable, treatable, and unnecessary deaths.” But the universal healthcare law that intends to provide this, has also been hampered by dwindling state resources already dedicated for COVID-19.

Hence, preventable deaths may have ended up ultimately not prevented at all. Worse, San Pedro said deaths may be bigger than actually reported as not all is registered. “We still have to keep in mind that these numbers do not and will not encompass all who were affected by the virus and ensuing pandemic, because of undertesting and underreporting,” he said.

Not all diseases however became deadlier last year. Deaths due to pneumonia, for instance, sank 48% year-on-year to 32,574, a drop correlated with an increase in pneumococcal vaccine take-up as well as lockdowns that limited exposure to other infectious diseases.