“There is a generation of orphaned children now deprived of parental nurturance, case and guidance because of the enforced separation of parents and guardians due to disappearance, detention and series of killings across the nations.”

MANILA – Mariz, 13, has been suffering from recurring nightmares since February 7, the night her father was killed by unknown men.

Mariz lost her father in President Duterte’s “campaign against illegal drugs.” She and her siblings had to deal with their father’s death on their own with their mother working as an overseas Filipino worker.

According to the Children’s Rehabilitation Center (CRC), children with experiences like Mariz suffer from lifelong consequences and psychological effects such as trauma, mental health problems and behavioral disorders.

In a media forum held Sept. 14, Nikki Aserios, CRC deputy director, said, “there is a generation of orphaned children now deprived of parental nurturance, case and guidance because of the enforced separation of parents and guardians due to disappearance, detention and series of killings across the nations.”

Under Duterte, at least 83 children have been killed by state security forces and agents, according to CRC. Fifty-eight children were slain in anti-drug operations. Thirteen Lumad students have also been victims of extrajudicial killings and nine more were killed in the implementation of martial law in Mindanao. Three children were gunned down in the course of counterinsurgency operations in Bicol, Samar and Negros island.

Sky, 17, still mourns for the death of her brother who was killed during the July 9 Synchronized Enhanced Managing Police Operations (Sempo). Sky said she saw her brother’s body being put in a sack by policemen wearing masks. After that day, Sky and her family have left their community and she was forced to stop schooling.

Sixteen-year old Therese, a Lumad student in Mindanao, meanwhile, lamented how they have been evacuating constantly for safety; their classes held in evacuation areas.

She said that under Duterte, the government has accused their school of being a training ground for the New People’s Army (NPA). Soldiers have been deployed in their communities, causing fear and terror. 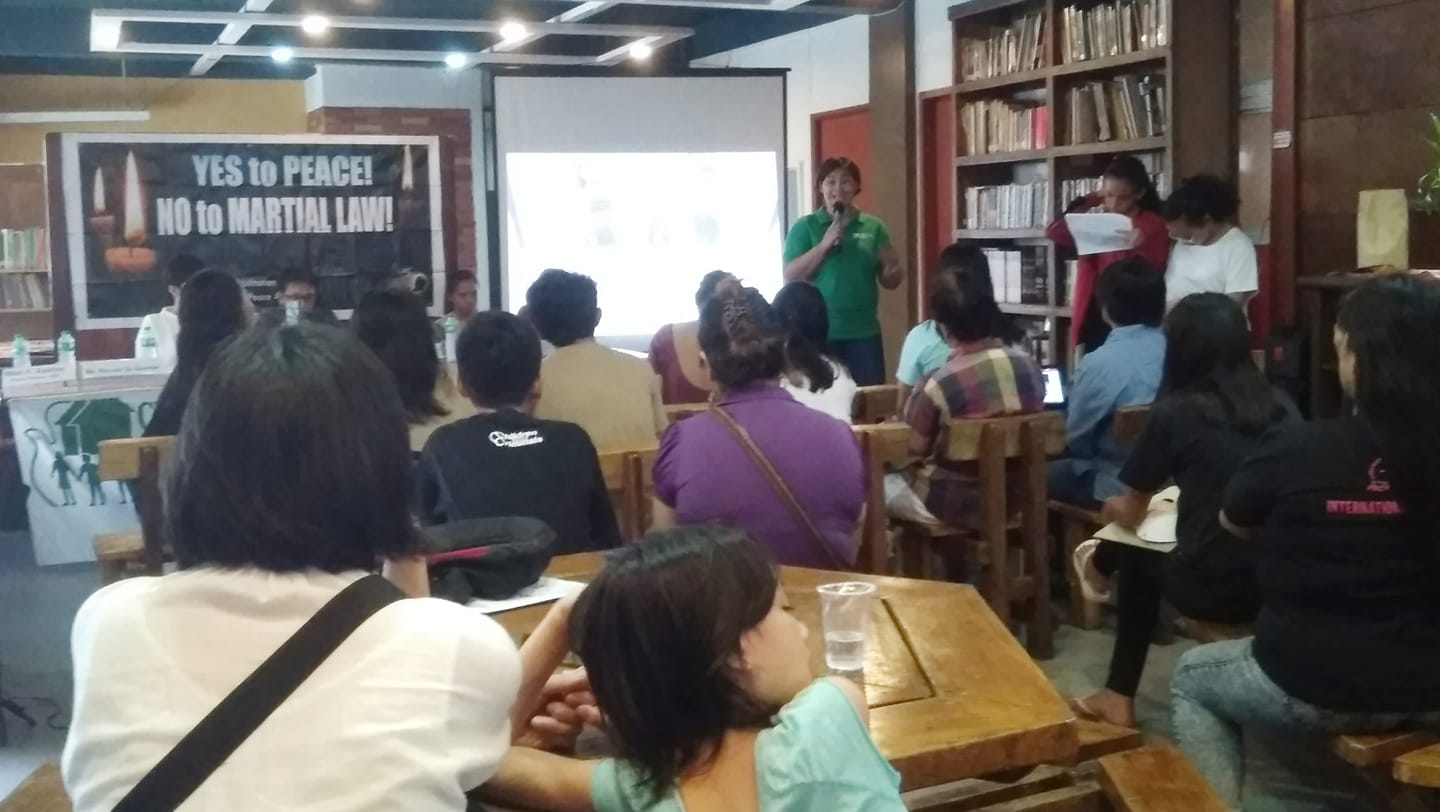 Effects of violence against children

In an interview with Bulatlat, psychiatrist Reggie Pamugas said children who experienced violence suffer from long term effects. Sometimes, the effects only manifest when children became adults, said Pamugas, citing the adverse childhood experiences (ACE) study in the US.

The ACE, according to the World Health Organization (WHO), “refer to some of the most intensive and frequently occurring sources of stress that children may suffer early in life.” These experiences can be neglect; violence between parents or caregivers; other kinds of serious household dysfunction such as alcohol and substance abuse; and peer, community and collective violence.

The WHO said it has been shown that considerable and prolonged stress in childhood has life-long consequences for a person’s health and well-being. “It can disrupt early brain development and compromise functioning of the nervous and immune systems. In addition because of the behaviors adopted by some people who have faced ACEs, such stress can lead to serious problems such as alcoholism, depression, eating disorders, unsafe sex, HIV/AIDS, heart disease, cancer, and other chronic diseases,” the WHO website read.

Pamugas said there are several effects when one’s traumatic experience was not addressed. It can lead to depression which can manifest in children’s behavior like drastic change in

performance in school, memory loss or difficulty to concentrate.

“It’s the chemicals in the brain that’s working that even if they do not want to, they feel this kind of emotion,” he said.

Pamugas said processing the traumatic experiences of children would help them to cope with the effects.

Pamugas added that children who are experiencing these psychological effects are not hopeless.

Organizations like the CRC, which conduct psychosocial activities for victims of state violence is a big help to children who are undergoing such ordeal, said Pamugas.

“The feeling of belonging is important. They need a place that they are heard and they are not judged,” he said.

For CRC, the government needs to address the root causes of the armed conflict instead of resorting to military operations against civilians.

“History shows that no amount of artillery nor any strategic warfare against the people of any tyrant can outweigh the need to address the root causes of the civil unrest in the country,” said Aserios.