Struggle for liberation of Palestine, every Muslim’s obligation 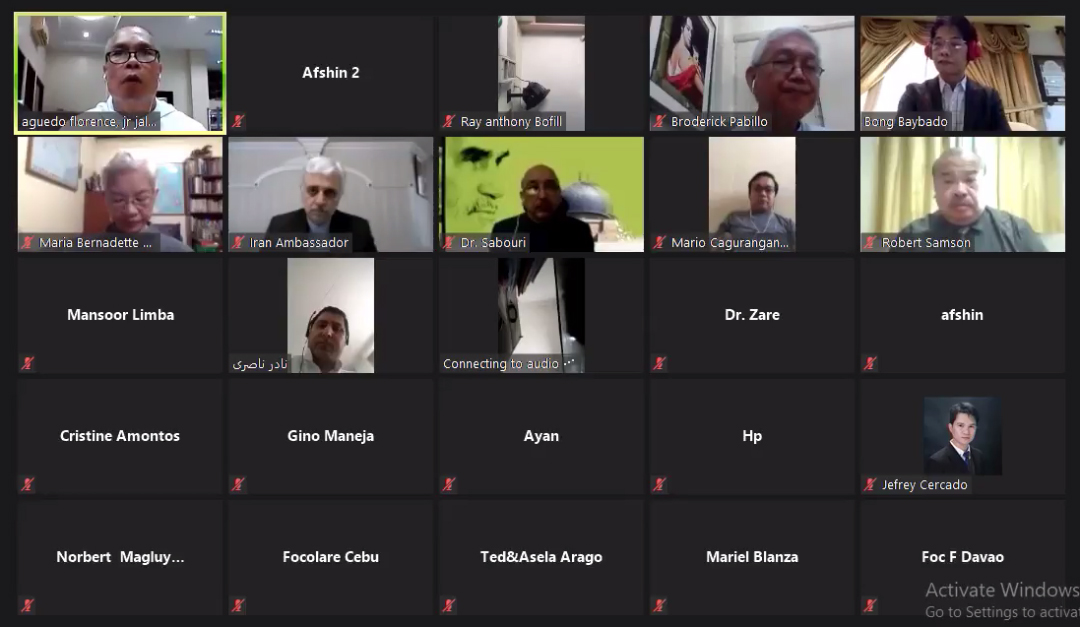 Israel has been a threat, not only to its people, but to its entire region. With the support of the US government, it has continued to build nuclear arsenal and weapons through the years, bombing and destroying houses, properties of innocent Palestinians. This is despite the several warnings issued by the United Nations.

MANILA — The annual International Quds Day (Jerusalem Day) is commemorated in a rather different way this year as COVID-19 cases continue to spike in various parts of the world. Despite the challenges posed by the ongoing health crisis, groups from inter-religious communities and democratic organizations have continued to show unity for the Palestinian people’s fight for real liberation.

This historical event, initiated by the Islamic Revolution since 1979, has been massively observed by Arab and Islamic countries in opposition to the “Jerusalem Day” instituted by Israel in 1968. This is usually met with protests and demonstrations during the last Friday of Ramadan (May 22 for this year) to show solidarity with the Palestinians in their fight against the Zionist Israel and its main instigator, the US government.

The Palestine occupation is one of the most important issues concerning the Islamic community, since this has been a reflection of the Muslim people’s quest for long-lasting peace. Aside from being a spiritual undertaking, the fight of the Palestinians has been a strong political and moral obligation for most of the followers of Islam.

Decades of the Palestine occupation have pushed its people to carry out selfless struggles even beyond its borders. Thus, it becomes an obligation for Muslims from all over the world to contribute to this Islamic struggle.

The war on Palestine is a war against Islam

In his televised speech on April 9, Iran’s Supreme Leader Ayatollah Ali Khamenei said Israel’s establishment is considered a ‘crime against humanity’, and that the Jewish state is a ‘cancerous tumor created by the Westerners and Jewish corporation owners.’

Khamenei likened Zionism to a ‘virus’ that must be eliminated as soon as possible, stressing that “the main goal of the Westerners and Jewish corporation in fabricating the Zionist regime was to build a stronghold to influence and dominate West Asia.” “They equipped the bogus, occupying regime with all kinds of military and non-military tools, even nukes,” he said.

The growing Iran-led resistance against Zionism is a product of the all-out war waged against the whole Islamic community. This war is deeply rooted in economic, political, cultural, and military factors and has been utilizing modern tools of propaganda to malign the Islamic world.

“The reason why the arrogant powers are extending full support to the Zionist regime is because they intend to create serious obstacles to the power and integrity of the Islamic world. Conquering Palestine will provide a gateway to the conquering of the Islamic world,” Khamenei said.

US as the main aggressor behind Zionist Israel

There is no denying that the Zionist Israel has become a tool of the American government to further consolidate power and dominate West Asia. Now, with the ongoing COVID-19 pandemic, the Palestinian people are combating a two-fold outbreak – the actual coronavirus and the intensified aggression by the Zionist Israel.

Israel has been a threat, not only to its people, but to its entire region. With the support of the US government, it has continued to build nuclear arsenal and weapons through the years, bombing and destroying houses, properties of innocent Palestinians. This is despite the several warnings issued by the United Nations.

In a virtual forum organized by the Cultural Section of the Embassy of the Islamic Republic of Iran on May 21, inter-religious leaders expressed their solidarity against the illegal occupation of Zionist Israel in the whole region of Palestine.

“At this time of COVID-19 pandemic wherein people of the world are demanding more humane actions and human solidarity to address the crisis, Israel, on its part, is taking full advantage of the situation by fast-tracking the extermination of Palestinians through intensified inhumane policies that started last month – the spraying of pesticides to destroy Palestinian farmlands, and the shooting of fishermen,” Zainab Javier, secretary of Friendship Society of Filipino-Iranian Women Inc., said.

“Some would argue that these Zionist Israelis are the ‘chosen people of God’– but this is just one of the many lies spread by Israel and its creators who are in fact masters in lying, cheating, and stealing, as US Secretary of State Mike Pompeo has nonchalantly admitted,” Zainab said.

The growing number of people who have become aware of this manipulation by Zionist Israel is testament to the failure of the US hijacking project which used religion to divide and rule over the world.

The Embassy of the Islamic Republic of Iran stressed that they have always supported the plight of the Palestinians for their inalienable right to self-determination.

“Quds (Arabic term for Jerusalem) is a land sacred to the followers of all divine religions. Every attempt to attack places of worship or threaten the people through violent destruction is a deviation from the teachings of religion and international law,” said by Dr. Morteza Sabouri, cultural sounselor of the Embassy of the Islamic Republic of Iran in Manila.

Members of human rights and religious organizations have forged a stronger unity and international solidarity for the liberation of Palestine. They have become more resolute and awakened by the fact that the only way forward is to fight.

As what Imam Ruhollah Komeini, the leader of the Iranian Revolution said, “Fighting for the liberation of Palestine is a religious obligation of fighting against injustice.”

The post Struggle for liberation of Palestine, every Muslim’s obligation appeared first on Bulatlat.