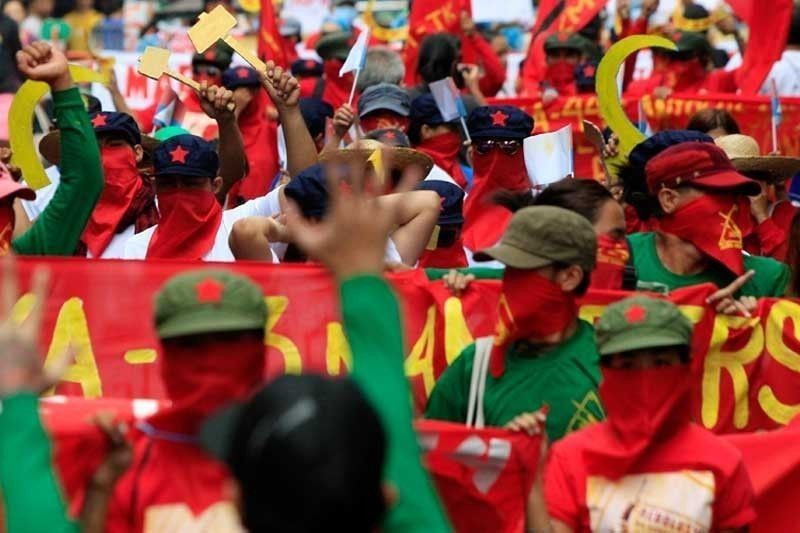 MANILA, Philippines — The Anti-Terrorism Council has designated 19 supposed members of the communist party’s Central Committee as terrorists, a move that will allow the Anti-Money Laundering Council to look into and freeze assets believed to be used to fund terrorism.

The lists of designated persons were in two ATC resolutions made public on Thursday and includes alleged members of the Central Committee of the Communist Party of the Philippines and New People’s Army as well as “individuals affiliated with local terrorist groups.”

The ATC designated the CPP-NPA as a terrorist group in December 2020. In a separate resolution, it also designated the Islamic State East Asia, Maute Group, Daulah Islamiyah “and other associated groups”.

The designations on Thursday came as the Supreme Court winds down oral arguments on petitions against the Anti-Terrorism Act over concerns that it is too broad and could lead to abuse and to a clampdown on dissent and on constitutional rights.

Government lawyers told the court that designation, as well as the government’s practice of labeling individuals and groups as “communist fronts”, is done based on evidence. They also said that designation does not authorize arrests, which proscription — done through a petition to a court — does.

Citing “verified and validated information”, the ATC said in its Resolution No. 17 that the supposed members of the CPP’s Central Committee are being designated “for planning, preparing, facilitating, conspiring, and inciting the commission of terrorism” as well as for recruiting members in terrorist organizations.

CPP founder Jose Maria Sison, who was among those designated, said he and his wife Julieta De Lima Sison “are not at all bothered by Resolution Number 17 (2021) which designates the two of us as ‘terrorists'”, saying the names included in the resolution “appears to be arbitrary, dubious and even contradictory or inconsistent.”

Sison, now chief political consultant of the National Democratic Front of the Philippines, added that the list “includes mostly publicly-known political consultants of the NDFP Negotiating Panel in the peace negotiations with the Manila government who are all entitled to the protection of the [Government]-NDFP Joint Agreement of Safety and Immunity Guarantees(JASIG) and other binding bilateral agreements.”

The government has taken the position that agreements like JASIG were either suspended or scrapped when the peace talks were cancelled in 2017.

In a statement on Thursday afternoon, the Communist Party of the Philippines said the ATC “merely recycled a very old list being maintained by military ‘intelligence'” in its decision to designate the supposed members of the Central Committee as terrorists.

In a statement, CPP information officer Marco Valbuena also pointed out that the council “claimed that those in the list are leaders of the CPP but cites no evidence to back their claims.”

He added some of the people designated by the ATC have been active in peace talks through the NDFP either as members of the negotiating panel or as consultants.

“Most of them are now in their sixties and seventies. Three of them are unjustly incarcerated. Throughout the past decades, they have courageously stood side by side with the people and struggled against dictators and tyrants. They all have sacrificed personal ambition and selfish interests,” the CPP said.

The Anti-Terrorism Act authorizes the AMLC to investigate property or funds “that are in any way related to financing of terrorism” as well as those linked to people believed to be “committing or attempting or conspiring to commmit…the financing” of terrorist acts. Groups accused of being “communist fronts” have also had their accounts frozen even without designation, however.

It is yet unclear how designated persons can appeal their inclusion in the list since the ATC is still working on its internal rules for delisting.