‘The fight is not over’ | Groups vow to challenge ‘Terror Law’ 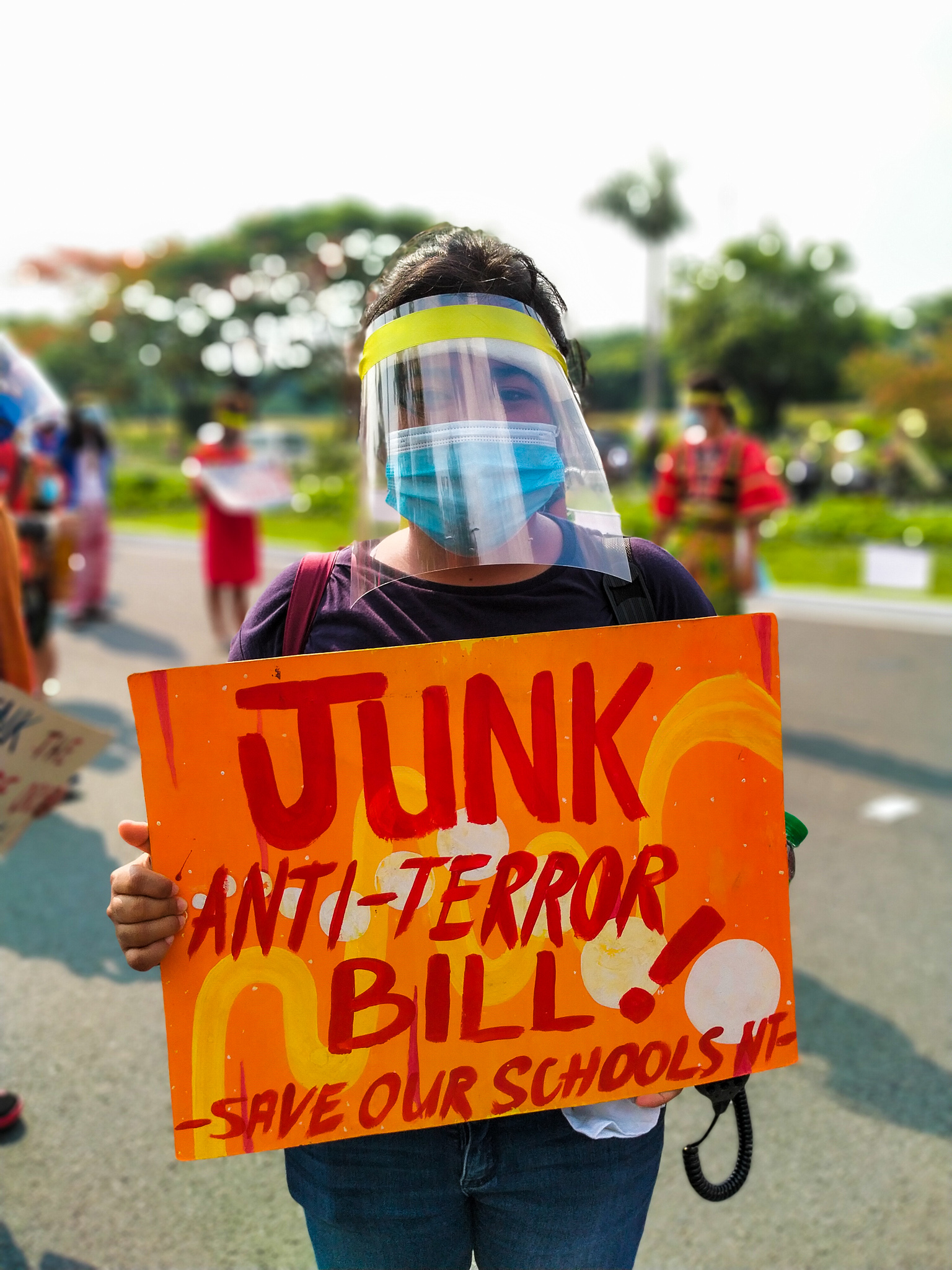 “We will exhaust all legitimate steps and platforms to challenge this draconian law.”

MANILA – “The fight is not yet over.”

This is the resolute vow of progressive groups as President Duterte signed the controversial Anti-Terrorism Act of 2020 on Friday, July 3.

Alex Danday, spokesperson of Anakbayan, said that people will not be cowed over the terror bill’s signing.

“We are prepared, and we will continue the fight against Duterte’s legalized martial law. We will not go gently into the night,” she said in a statement.

For months now, the calls against the then terror bill has been backed by many groups and individuals from nearly all walks of life. Instead of silencing dissent, mostly due to the poor social protection provided to the poor amid the pandemic, critics have long pointed out that the Duterte administration should instead focus on curbing the spread of the dreaded virus.

The United Nations High Commissioner on Human Rights Michelle Bachelet, in her report during the 44th Regular Session of the body’s rights arm, appealed to the Philippine government to “refrain from signing the law.”

Despite this, President Duterte still signed it into law as “his time is running short and opposition to his fascist rule is growing stronger by the day that he now desperately needs the Anti-Terrorism Act of 2020 to conduct his all-out crackdown on dissent,” said Karapatan secretary general Cristina Palabay.

This, she added, is the final piece in what she referred to as Duterte’s Marcosian delusions.

“Its enactment into law has serious and far-reaching implications not only on our work as human rights defenders, but also on the public who stands to be terrorized by this law,” Palabay said.

The National Union of Peoples’ Lawyers said they will “exhaust all legitimate steps and platforms to challenge this draconian law.”

Read: Why the anti-terror bill is sanctioned state terrorism

“This without doubt is the most unpopular and perilous piece of legislation that could ever be pushed by a government that is fixated with the potion of power. In the time, we will look back to this day of infamy and say the unbridled and terrorizing power of the government will always bend and retreat eventually when the people push back hard enough,” said NUPL president Edre Olalia.

He added that they are prepared to challenge the newly-passed law before the Supreme Court.

Read: 4 reasons why anti-terror bill should be junked

Renato Reyes, secretary general of Bagong Alyansang Makabayan (Bayan) said Duterte’s signing of the law only shows that his administration is “more interested in suppressing dissent than in solving the health and economic crisis.”

Despite calls to #JunkTerrorBill from a broad array of sectors of society – from working people, human rights advocates, the legal community, academe, religious groups, business, media and artists – President Duterte has signed the terror law.

“The people are left with no choice but to resist and to defend our rights and freedoms against a tyrannical regime,” he said.

Apart from the NUPL, retired Justice Antonio Carpio has also expressed his intent to challenge the terror bill once it is signed.

The law is widely criticized as groups fear it will be used to further curtail human rights.

Palabay said that they cannot let the Duterte administration take away the people’s hard-won rights and freedom.

“We now enter a dark night full of State terror, but we will not cease to resist,” Palabay said.

Several groups are geared to hold an indignant rally later today, July 4, to condemn Duterte’s signing of the Anti-Terrorism Act of 2020.

The post ‘The fight is not over’ | Groups vow to challenge ‘Terror Law’ appeared first on Bulatlat.