The love story of Carol and Mike 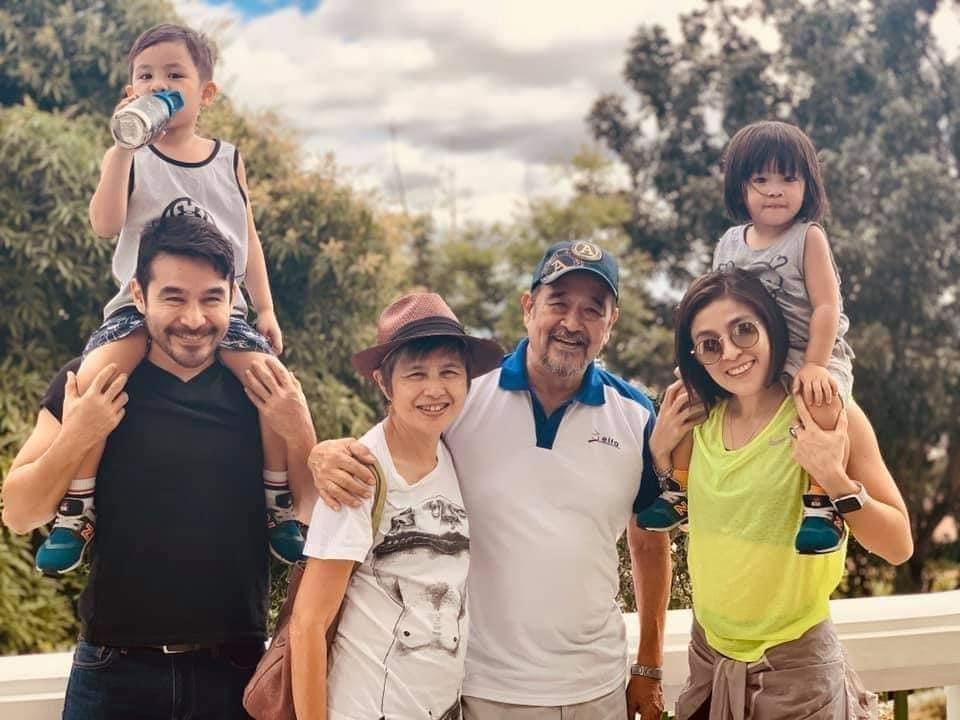 This requested write-up on our love story almost didn’t come to be. For how does one compress almost 50 years of being each other’s “significant other” in a few hundred words and with a few remaining hours to the deadline? And what would be worth other people’s short attention span in this digital age? Hopefully I can paint a picture of what a baby boomer love story looks like.

For one thing, our love story is kind of boring in the sense that he was my first and only boyfriend who I married after eight years of being together. Not that there were no other suitors. But he had a knack for pulling my leg with his tall stories (and in the process making me laugh at my own gullibility). For example, he made me cry, an insecure freshman student at UP (student number 69-something) and he, already reviewing for his Engineering board exams, when he insisted that my AB Psychology course was a “certificate course” that would not make me amount to much after graduation. Of course, I protested to no avail until he had reduced me to tears.

With this victory in hand, the guy who was nine years my senior began his courtship in earnest. He subsequently told me in his quiet, unassuming way, “You are not being presumptuous if you think that I like you.” His straightforward approach to wooing caught me completely off guard for I had become used to younger men my age who would resort to various circuitous ways of expressing the same thing. He eventually got my assent to become his girlfriend (yes, in those days, such things were kind of categorical) after about two years of pursuit, with the First Quarter Storm and the Diliman Commune as panoramic political backdrop.

Considering that during the heady years of my involvement in student activism, my boyfriend was already starting his professional career, one would expect that we would inevitably grow apart, politically and personally. But he was a steadfast, caring and understanding person who stood by me through thick and thin — my winning by a landslide in the last UP student council elections; going underground during martial law; becoming a political prisoner; and then going back to school for another seven years (four of them in med school where one is mostly either studying or trying to catch up on one’s sleep).

One thing that he proved to me early on: he was a person of his own convictions and that he would not become a national democratic activist just because I was. In fact, when a rumor spread that I was actually a government spy pretending to be an activist, he said he did not for a moment believe it, but if he found out that it was true, he would have no qualms about breaking off our relationship. How is that for principles?

Fast forward to married life and raising a family. What comes to mind now are two things that could have strained an otherwise loving relationship. One was the matter of earning enough to keep body and soul together during hard times; the other, was raising our children. My poor husband thought that, with his small business and my medical practice, we would be able to earn enough to live independently, if modestly, from our parents. Unfortunately, his business almost ran aground after a bad deal while my work in a non-profit NGO meant a rather meager salary. It’s a good thing that, for some uncanny reason, we both loved “antiques” (actually, hand-me-down stuff) that he repurposed to make functional or decorative so we were able to make do. But what really saved us, for which he now says he will be forever grateful to me, is that my activist orientation kept me content (happy even) with our frugal lifestyle.  He said he never felt pressured to keep earning more so we could go on vacation trips, buy a late-model car or go on shopping sprees.

On the other hand, being a dedicated activist while raising one’s children can be really difficult and a source of strain, if not conflict, in one’s marital life — especially in those times when I had to leave home and the kids were just toddlers because of security concerns. It was always a balancing act as far as I was concerned while, with my husband, it was always family first. His unstinting dedication to raising our children to be the beautiful persons they are now are what kept us whole as a family. This I have to acknowledge.

When I told my husband that I was writing some sort of account of our love story for Humans of Pinas, he only had this to say. “Make sure you do not revise history by saying that it was I who courted you and not the other way around.” We both had a hearty laugh with this standing joke in the family.

Dr. Carol Araullo, a doctor by training, activist by choice, columnist by accident, proud mother of two, and happy partner to a “liberated” spouse. (From Humans of Pinas Facebook page)