The Most Famous Artists in Every Country, According to Google 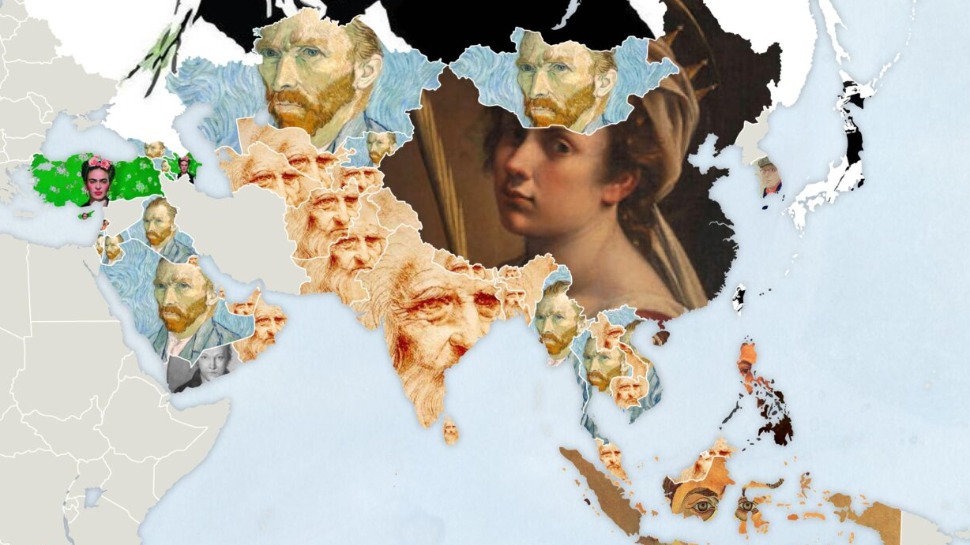 The most famous artist in the Philippines is undoubtedly Juan Luna, the painter and activist who paved the way for the artists that came after him. As brilliant as he was controversial, his “accidental” murder, dubbed a crime of passion, of his wife and mother-in-law has only further increased his popularity—or is it infamy? Either way, there is no denying his fame, which is why we weren’t surprised to find out that Juan Luna is the most Googled artist among Filipino netizens.

According to Google data gathered and compiled by U.K.-based company Ken Bromley, Juan Luna is one of the few local artists that reigns as the most popular or “most googled” artist of their home country. While the Philippines’ most popular artist is a Filipino, the same can’t be said for other countries. That title goes to the famed international art icons Leonardo da Vinci, Frida Kahlo, and Vincent van Gogh.

Da Vinci is the most popular artist in 82 countries, stretching from South Asia to the southern half of Africa. Meanwhile, Frida Kahlo comes in at second place with 29 countries across South and North America, including the U.S.A. Van Gogh takes third place with 24 countries, including Canada, Mongolia, and Saudi Arabia.

Other notable mentions include Artemisia Gentileschi, Picasso, and Banksy, one of the only living artists on the list. Despite never having confirmed his name or identity, Banksy is still the most popular artist in countries like the U.K., France, Russia, and Japan.

But unlike other countries that appear to be googling international artists like da Vinci more than local artists, the Philippines is googling Juan Luna more than even van Gogh or Banksy. It’s important to note that the data was compiled using Google Keyword data and Google searches, the modern metric of “popularity.” But that doesn’t necessarily equate to admiration or respect.