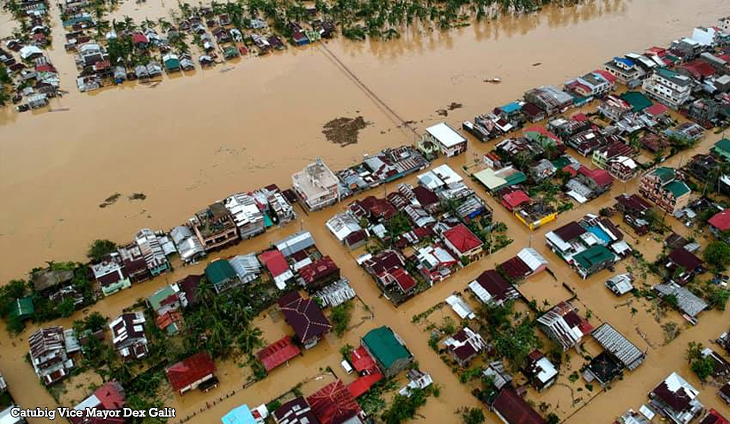 Amihan said that areas hit by Ambo were the same areas where social amelioration programs of the government have been slow. These are Eastern Visayas, Bicol and Southern Tagalog, where many poor peasant families rely on farming and agriculture for a living.

MANILA– Peasant groups called for immediate government assistance for typhoon Ambo-affected communities, saying that COVID-19 anxiety and lockdown have burdened them too much.

The National Federation of Rural Women Amihan said the typhoon hit poor peasant families who were barred from their farms and other means of livelihood because of the lockdown. The peasant women organization said that the need for social amelioration from government is much more needed now.

Typhoon Ambo, with international name Vongfong, made its landfall with winds of at least 115 mph in Samar last week.

Among the areas Ambo struck were parts of the Visayas island, and most of Southern and Central Luzon as well as parts of Metro Manila.

Amihan said that areas hit by Ambo were the same areas where social amelioration programs of the government have been slow. These are Eastern Visayas, Bicol and Southern Tagalog, where many poor peasant families rely on farming and agriculture for a living.

Zen Soriano, Amihan National Chairperson, urged the government to include the hard hit areas both by the typhoon and GCQ in the assistance program. She said the farmers must also be assisted to pump-prime agricultural production.

“There should be no debate on whether poor peasants in the affected regions need assistance, when they actually need, in any normal situation sans pandemic and typhoons. We should also note they are usually victims of typhoons, and they are yet to recover from the damages brought about by past calamities,” Soriano said.

Meanwhile, the Communist Party of the Philippines (CPP) has also called on humanitarian organizations to provide socio-economic relief to Filipinos in rural areas.

“The damages are especially extensive over the eastern and northern provinces of Samar, where entire towns were inundated and left without access to clean water and supplies. The toiling masses are suffering the most as the typhoon damaged their farmlands, boats and other means of production,” the CPP said in a statement to the media.

The CPP vowed that its revolutionary forces will assist private agencies, and even government programs “to make sure that supplies and services are quickly delivered to those who require urgent assistance.”