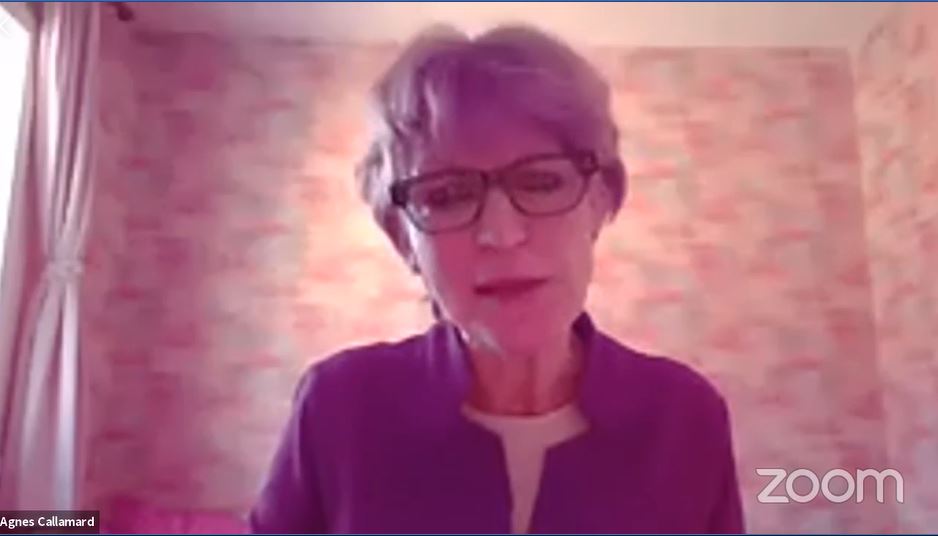 “Politicians must be told that by keeping political prisoners in prison, they are making the fight against the virus more difficult.”

In a webinar organized by Ecuvoice on May 29, UN Special Rapporteur on Extrajudicial, Summary or Arbitrary Executions  Agnes Callamard reiterated that to prevent the spread of the virus, prison population should be reduced.

“Prison borders will not stop the virus from spreading,” she said.

She added that the only way to address the spread of the virus is to release prisoners and the first ones to be released should be political prisoners who shouldn’t be detained in the first place.

“Politicians must be told that by keeping political prisoners in prison, they are making the fight against the virus more difficult, ” Callamard said.

According to human rights alliance Karapatan, there are more than 600 political prisoners in the country.

Kapatid, an organization of relatives of political prisoners, filed an urgent motion with the Supreme Court April 8 for the release of sick and ederly prisoners on humanitarian grounds. As of this writing, the high court has yet to issue a decision.

Xandra Casambre-Bisenio, daughter of peace consultant Rey Claro Casambre, called on the high court to grant their petition in the soonest possible time.

Callamard said that those who were detained because of violation of quarantine protocols should also be released.

“When the poorest people are detained in those prison they become disproportionately affected by the virus,” she said.

In the Philippines, state agents have detained over 52,000 so-called ECQ violators.

Callamard pointed out that international institutions have already demanded the reducing of prison population around the world including the Office of the High Commissioner on Human Rights, the different UN agencies and the World Health Organization.

“These are common sense recommendation that have been made by experts two months ago,” she said.