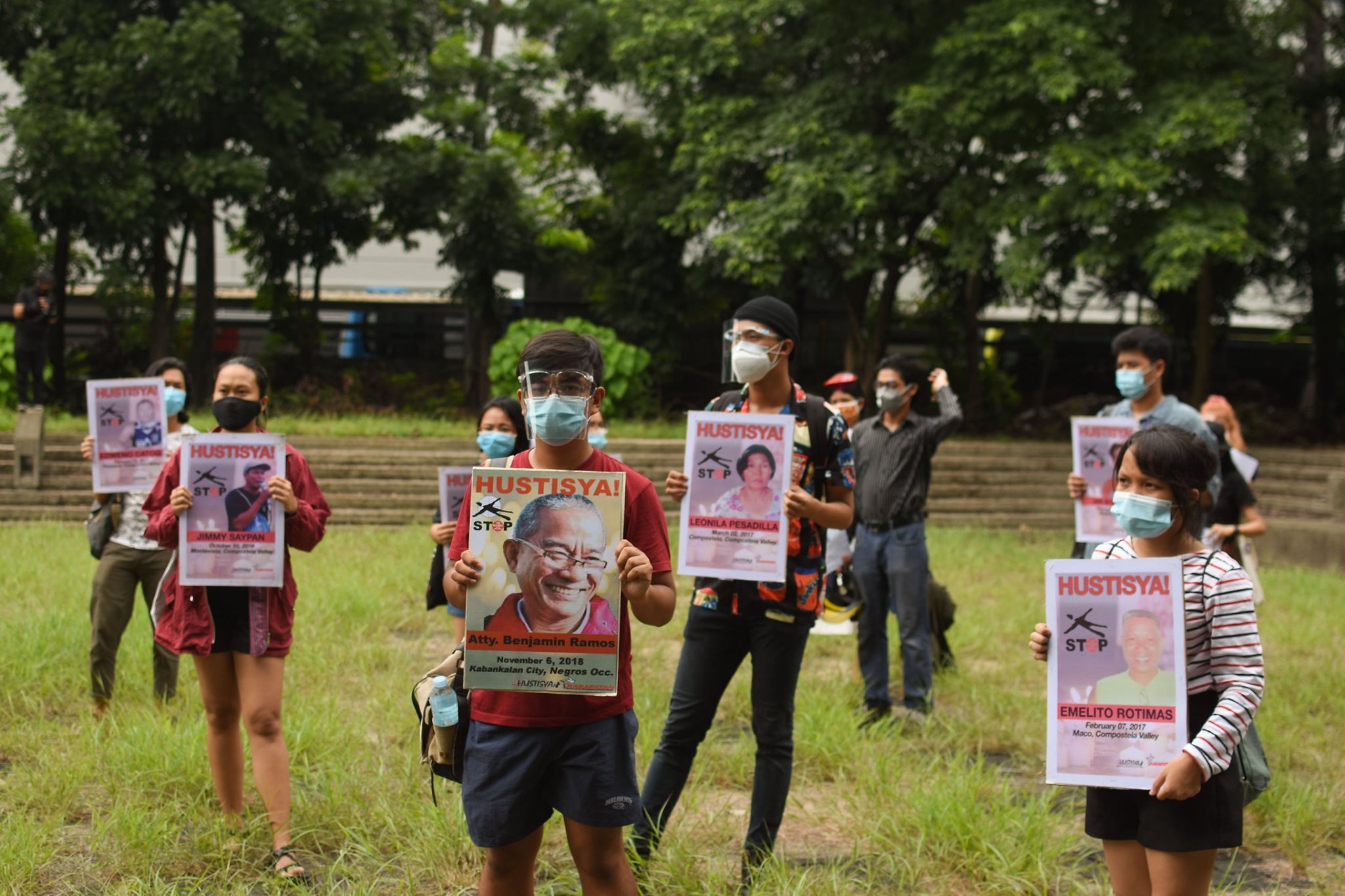 MANILA – The United Nations High Commissioner for Human Rights called on the Philippine government to ensure independent investigation to the killings of human rights defenders in the Philippines.

In a statement, UN OHCHR Spokesperson Liz Throssell said they have raised their concerns with the Philippine government and the Commission on Human Rights on the murders of Randall Echanis and Zara Alvarez.

Echanis, peace consultant and Anakpawis chairperson, was stabbed to death Aug. 10 in his rented apartment in Quezon City while Alvarez, a human rights defender and health worker, was gunned down in Bacolod City, Aug. 17.

While the OHCHR has welcomed the statement from Malacañang denouncing the violence against activists, Throssel said that “effective measures must be taken to protect other at-risk human rights defenders and to halt and condemn incitement to hatred against them.”

Both Echanis and Alvarez were named in the initial “terror” list filed by the Department of Justice at the Manila Regional Trial Court in 2018. While they were excluded the following year, Alvarez continued to be vilified by alleged state forces.

“Alvarez’s photo also appeared in a publicly displayed poster purporting to depict terrorists that is cited in the High Commissioner’s report. She was pictured alongside two other human rights defenders who had been killed – Benjamin Ramos Jr. and Bernardino Patigas, both of whose murder cases remain unsolved. Alvarez had also spent two years in prison on murder charges before she was acquitted in March this year for lack of evidence,” Throssel said.

The UN High Commissioner on Human Rights Michelle Bachelet, in her June 30 report to the UN Human Rights Council, called on the government to “halt dangerous rhetoric,” noting that four human rights defenders were already killed after their names appeared in posters of supposed communist personalities in Negros.

“The [harmful] rhetoric has ranged from degrading and sexually charged comments against women human rights defenders, politicians and combatants — including rape ‘jokes’ — to statements making light of torture, calling for bombing of indigenous peoples, encouraging extreme violence against drug users and peddlers – even offering bounties, calling for beheadings of civil society actors, and warning that journalists are not immune from ‘assassination,’” Bachelet’s report said.

Meanwhile, Karapatan is revolted by what they call as “double talk,” referring to the statement of Presidential Spokesperson Harry Roque.

While Roque denounced the violence against activists, he also said that the accusation that state forces were behind the killing is unfounded.

Karapatan refuted this, saying that President Duterte and the National Task Force to End Local Communist Armed Conflict “had been on record several times ordering and inciting violence on us.”

“This pervasive and harmful rhetoric has been so publicized that the whole world knows it,” the group said.

The group said their allegations are substantiated in the cases and complaints they filed before the local courts and the Supreme Court, the Commission on Human Rights, the joint mechanism of government with the National Democratic Front of the Philippines, and international human rights mechanisms.

“These were proven in the case of butcher Jovito Palparan, who with cheerleader Gloria Macapagal-Arroyo and military generals, killed, disappeared, and tortured — despite similar denials in the past,” the group said.

This is why they consider any pronouncement by Duterte and anyone from the government, especially before the public inciting harm on and killing of activists and human rights defenders as direct orders for State forces.

Thirteen Karapatan members, including Zara, had been killed under the Duterte administration.
At least seven Karapatan members were arrested and imprisoned on baseless charges, the group said. Karapatan Chairperson Tita Lubi, like Randy Malayao, Zara Alvarez, and Randy Echanis, had been included in the proscription case of the Department of Justice.

Karapatan added that they asked for protection from the Supreme Court but the Court of Appeals dismissed their petition for writ of amparo and habeas data.

“Lecturing us to keep our mouths shut, to trust this administration’s untrustworthy investigations, and to have confidence at those who ordered, incited and/or tolerated these despicable human rights violations are simply not acceptable,” the group said.