US tagged as worst country for immigrant workers amid COVID-19 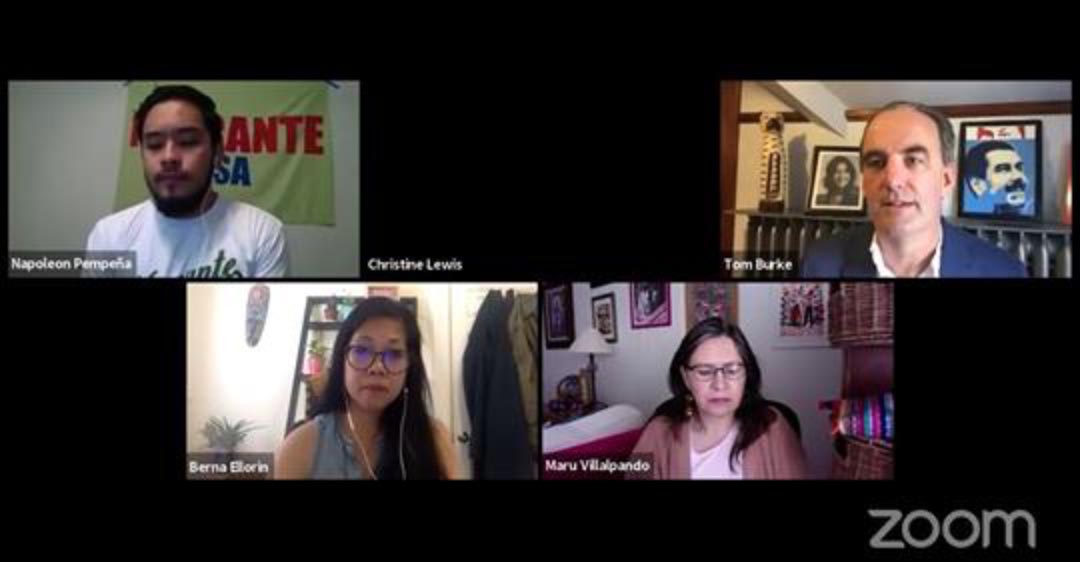 “Instead of prioritizing widespread testing and providing support for workers, Trump has ensured profits for his Wall Street friends. We need hazard pays, our health workers should be given the pay they need…”

MANILA — The United States remains as the country with the most number of COVID-related cases with over 1.3 million cases and over 80,000 deaths as of this writing. Even with the World Health Organization’s warnings, the Trump administration has ignored the alarm and underestimated the high risks.

Now, millions in the United States, especially the working class, have been bearing the brunt of their government’s lack of urgency in combating the pandemic.

Bernadette Ellorin, vice chairperson of the International League of Peoples’ Struggles (ILPS)-US, blamed the privatized health care system for the ‘uncontained’ public health crisis. She added that this is also marked by the gross austerity in the medical supplies, treatment, and health care workers.

In an online conference organized by ILPS, May 7, Ellorin said that even before the pandemic, the United States already had a significant percentage of unemployed citizens comparable to that of the Great Depression years, which reached its peak at 24.9 percent in 1939.

Ellorin scored the US Department of Labor Statistics’ low unemployment rate pegged at 3.5 percent. “But that is fraudulent because it does not factor in the labor force in the country who are underemployed, who are part-time, or have stopped looking for work,” Ellorin said.

In New York City, considered as the epicenter of the pandemic, hundreds of domestic workers still go to work, according to Christine Lewis, secretary and cultural outreach coordinator of the Domestic Workers United.

Lewis said that domestic work and agricultural work in the US are disregarded in the country’s labor laws.
The group has been campaigning for decent, livable wages.

With the scarce government support for domestic workers in New York, the Domestic Workers United has also been raising funds for their members who have been left jobless.

“With the worsening pandemic, we have a lot of work to do. The key is to organize our workforce,” Lewis shared.

On top of the worsening ‘modern-day slavery’, the situation of labor trafficking has also burdened most of the migrant workers in the US in the middle of the global health crisis.

Nap Pempeno, secretary general of Migrante-USA, said that human trafficking as a global phenomenon has been systematically organized and managed across national borders through the collusion of governments and private entities.

Migrante-USA said there are 14,500 to 17,500 victims of human trafficking annually. The group cited that J-1 visa, for example, has been maximized to exploit migrant workers.

J-1 visa is an exchange-visitor visa in the US supposedly for cultural exchange.

“A lot of J-1 Filipino workers here continue to experience fraudulent training and internship plans, charging of exorbitant ‘program fees’, harassment and discrimination at work. On top of that, they are also being coerced to lie on documents and statements, while their families are being harassed in the Philippines,” Pempeno said.

With the closure of hotels due to the pandemic, a lot of J-1 visas were terminated.

“Trafficking is a part of the US neoliberal agenda and the US government plays a huge role in legalizing it. It will take a mass movement that crosses borders to fight back against this global phenomenon of workers’ exploitation amid a pandemic,” Pempeno added.

Tom Burke, organization secretary of Freedom Road Socialist Organization, said that before the coronavirus outbreak, there are already weaknesses in the US economy.

“The labor struggles have gone up quite sharply in the past two years. There’s a lot of motion among the working class in the US, but the ruling class Wall Street is coming down hard on us,” Burke said.

Burke said that majority of immigrant workers in the service industry, such as the restaurants and hotels, may not be going back to work anytime soon. The construction workers, teachers, and health workers are hardly hit by the economic crisis brought by the pandemic.

“Instead of prioritizing widespread testing and providing support for workers, Trump has ensured profits for his Wall Street friends. We need hazard pays, our health workers should be given the pay they need…” Burke said.

“Finally, Trump should take full responsibility for what he didn’t do. This is a real world crisis, it’s systematic. We should lead workers’ struggles and protests while we practice social distancing. We have to fight for a new type of society which puts the people in front instead of profit,” Burke ended.

The post US tagged as worst country for immigrant workers amid COVID-19 appeared first on Bulatlat.