What went wrong during Typhoon Ulysses? 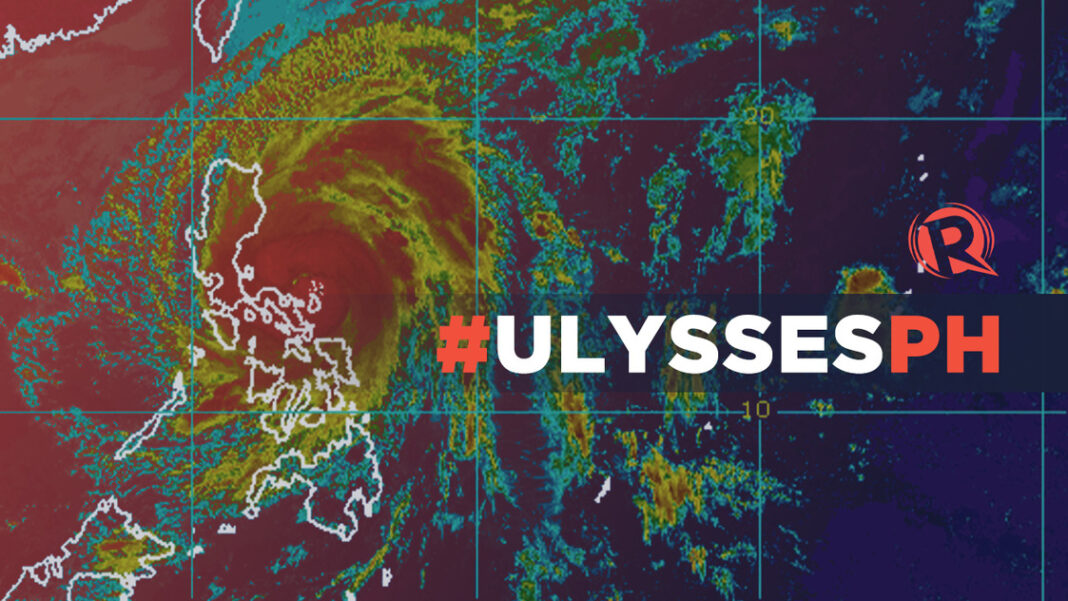 Was there a lapse in protocol, gaps in communication, or both? Who should have taken the lead?

Super Typhoon Rolly (Goni) has been the  strongest tropical cyclone to hit Earth so far this year, yet it was the 3rd storm after that, Typhoon Ulysses (Vamco) that had the worse impact: at least 67 dead as of Monday, November 16.

Cagayan saw its worst floods in years, with Filipinos traumatized by images and sounds of residents who could not be rescued late Friday night, November 13, when information was scarce.

In Marikina, river waters even breached the level of tropical storm Ondoy (Ketsana) that submerged the metro in nightmarish floods in 2009, even though Ulysses dumped much less rain (150 millimeters compared to Ondoy’s 445 millimeters).

What went wrong? Was there a lapse in protocol, gaps in communication, or both? Who should have taken the lead?

The national government swears it prepared sufficiently. “We were not actually caught flat-footed in this event,” said Office of Civil Defense Deputy Administrator Casiano Monilla in a press conference Thursday, November 12.

But Monilla said it was a classic case of residents not immediately – or not at all – heeding evacuation orders of their local officials, saying that “minsan kasi nagre-rely tayo sa ating nararamdaman (sometimes we rely on our feelings),” rather than the forecast of PAGASA.

It has to be noted though that there was bound to be desensitization, because Ulysses was already the Philippines’ 6th tropical cyclone in the past month.

For the past tropical cyclones, the National Disaster Risk Reduction and Management Council (NDRRMC) blasted siren sounds from mobile phones warning of heavy rain and heavy floods, but they turned out to be mild.

(For 3 straight typhoons, alerts woke you up, there was bound to be desensitization, and in the disaster science community, we call that the cry wolf effect, so we must be able to address that, we should address that.)

The missing link was a hazard and area-specific warning, said Luigi Toda who handles climate and disaster resilience at the Arup International Development East Asia Region.

“When we had Project NOAH back then, providing timely information and easily understood maps that identify areas at risk of impending floods, I thought somehow, it helped close some of the gaps and information and communication,” Toda told Rappler.

The government stopped funding Project NOAH in 2017 due to budget constraints. Project NOAH is still a program at the UP Resilience Institute.

(It’s very specific, there were live maps that showed inundation while water levels were rising, showing which areas were getting flooded.)

“(For example) dito malakas ang ulan, ganito kadami ‘yung ulan, and if you look at it in more detail, and if there has been previous work in that area, and if you use the technologies, kaya mong i-predict how many hours and what levels of flood will happen,” said Lagmay.

(For example, there will be heavy rainfall here, it will rain by this much, and if you look at it in more detail, if there has been previous work in that area, if you use the technologies, you can predict how many hours and what levels of flood will happen.)

Magat Dam is under scrutiny for the massive floods it caused Cagayan and Isabela, because for two days at the height of the typhoon – November 12 and 13 – 7 gates were opened, releasing water equivalent to 18 meters high.

Experts said that according to the Magat Dam protocol, there should be a drawdown of 2-3 days before the expected landfall.

“Kaya naman ng simulations ‘yun eh na ma-predict at ma-forecast ‘yun, given that kind of forecast, you should be able to know and anticipate ito ‘yung amount of water that will be delivered and that can be converted to the amount of water level sa dam, so if you know that, dapat 3 days in advance pa lang nagre-release ka na, para hindi sudden,” said Lagmay.

Ulysses hit land on November 11. The National Irrigation Administration-Magat River Integrated Irrigation System (NIA-MARIIS) said in a statement they warned residents of a pre-release November 9, or two days before Ulysses made landfall on November 11.

“Drawdown should have commenced 3 days prior to landfall, which was November 8,”  former lawmaker Terry Ridon, presently the convenor of think tank Infrawatch PH, told Rappler.

Ridon also pointed out that based on data from state forecaster PAGASA, Magat Dam was kept viable at 165-175 meters from July to September, yet the dam was at 188-191 meters “in the last two-and-a-half weeks, knowing that there were 5 typhoons entering Luzon.”

Ridon said that the oversight amounts to a criminal offense.

Vice President Leni Robredo has backed calls to investigate the protocol that was followed with Magat Dam. Talks of suing have surfaced not only in Cagayan, but also in Marikina.

Because of the previous tropical cyclones that preceded Ulysses, mountain ranges were not able to absorb as much rainfall as they could have, resulting in a “direct runoff,” meaning water directly flowed to the reservoir.

(What happened was a direct runoff, when the rain hit land, because it was already saturated, it directly flowed into rivers and into the reservoir.  Unlike before if it’s not saturated, the soil absorbs the water and it takes time before water flows to the reservoir.)

Marikina Mayor Marcelino “Marcy” Teodoro admitted in an interview with GMA News that they only expected the river to reach 18 meters. It reached 22 meters, breaching Ondoy’s 21.5 meter level.

Lagmay said even water level at the river can be “simulated by powerful computers.”

Who should have taken the lead?

(Warning residents is the responsibility of local government units because they have prepared this contingency plan.)

But LGUs have been at the front line all yearlong, responding to back-to-back crises such as the pandemic and the previous storms.

“Local frontliners can only do so much,” said Toda.

“This is when our national, regional, provincial, and Disaster Risk Reduction Management (DRRM) councils or offices should come in and take lead,” said Toda.

“Sorry, but the National Government should step up to the plate on disaster response and should show more empathy to the victims of recent calamities,” Escudero said in a Facebook post.

President Rodrigo Duterte has floated a plan of creating a disaster task force, but the proposed member agencies are the same as the existing NDRRMC. A separate and independent Department of Disaster has been proposed too.

“It is worth studying, do we really need a separate agency?” Robredo said on ANC’s Headstart.

‘Do not fight nature’

But all of these Ulysses-specific problems still deal with response, when the concept of DRRM is about prevention and mitigation.

Lagmay said “we are still far” from a level of infrastructure where towns would not be flooded at all, as communities continue to be built in disaster-prone areas.

Monilla said the dense population is a persisting problem, but Toda said that is a reality we cannot change.

“In the long run, we need to invest in nature-based solutions as part of our disaster prevention and mitigation measures. By this we mean we need to start preventing any further attempts of deforestation for instance, and strengthen efforts to protect our watersheds, particularly in Sierra Madre mountain range, which is home to the Upper Marikina river basin,” said Toda.

Lagmay said “do not fight nature.”