Why Is Rodrigo Duterte Still Popular in the Philippines? 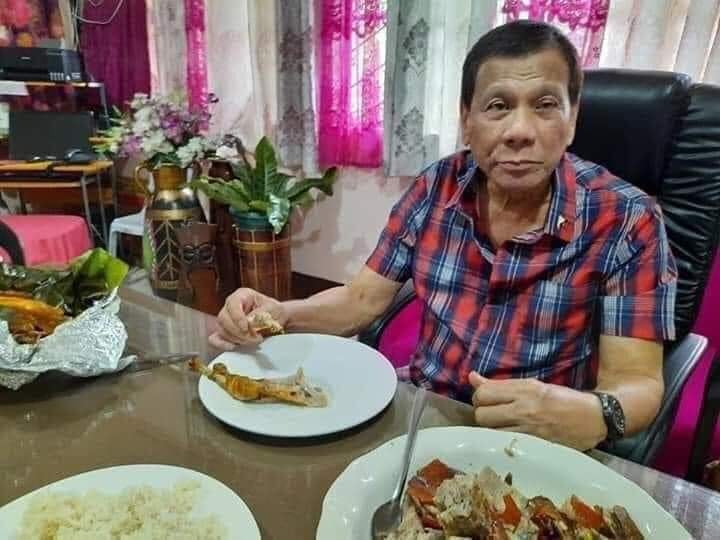 Despite allegations of corruption and his ineptitude in handling the COVID-19 crisis, the Philippine leader’s popularity continues to climb.

The recent news that Philippine President Rodrigo Duterte currently enjoys a 91 percent approval rating, even as his government battles a series of scandals, continues to astound many observers.

Since announcing his intent to run for president in 2015, and ever since his election victory the following year, Duterte has consistently enjoyed high ratings. It should therefore not come as a surprise to get yet another report about Duterte’s popularity. But a 91 percent score can only be seen as astoundingly high for a presidency that has so far failed to fulfill its avowed priorities, such as ending the drug menace and adopting a federal form of government. Duterte’s rating is even higher compared to other Asian leaders whose governments have been better able to curb the spread of COVID-19 in their respective countries.

Polling firm Pulse Asia conducted the survey in September, at a time when the Duterte government was hounded by serious allegations of corruption, ineptitude in handling the COVID-19 crisis, and failure to adequately prepare for the resumption of classes in public schools. This was a month in which the number of unemployed soared to a record high. Another survey firm reported that seven million families had experienced hunger during the pandemic.

Why would Filipinos who have endured severe hardships this year continue to support Duterte’s leadership?

There were some skeptics who questioned Pulse Asia’s methodology, including its motives in conducting the survey. But Pulse is a company with credible record and has accurately predicted election outcomes for many years. Its findings cannot be so easily dismissed by Duterte’s critics.

The Palace cited the survey results as proof that the president’s programs are appreciated by the majority of the people. As presidential spokesperson Harry Roque reminded the opposition, “Filipinos don’t like politicking amid the pandemic.”

Supporters of the president attributed his high trust rating to his decisive leadership in dealing with the COVID-19 crisis. They mentioned the lockdown imposition, which has been criticized by human rights advocates for being one of the longest and harshest in the world, as an effective measure that actually garnered public approval.

For veteran journalist Luis Teodoro, however, the survey results reflected the spread of fear under the Duterte presidency. “The transformation of the country’s political context from one that prior to 2016 was relatively threat-free to the climate of fear that now defines it is most certainly a factor as well in the way the populace responds to surveys and public opinion polls,” Teodoro wrote.

Indeed, Duterte is known for verbally attacking critics in his speeches. He has threatened to jail and kill those who would conspire to “destroy the nation.” Extrajudicial killings have sharply increased in the last four years. Most victims were suspected illegal drug users and peddlers, but the killings also targeted activists, lawyers, journalists and environmentalists.

Critical journalists and media networks either faced censure or prosecution. The country’s biggest media network was forced to stop operating this year after Duterte allies in Congress rejected its franchise renewal application. Duterte hailed the shutdown of the broadcaster as a victory against the oligarchy.

The government is also accused of deploying a “cyber army” of trolls and paid influencers who gained notoriety for demonizing critics of the president. Some internet users who have lambasted the president were charged for posting “fake news.”

The tactic of instilling fear is accompanied by the bombardment of the public with televised speeches of the president and daily agency briefings about the COVID-19 situation. The state information machinery has been mobilized to ensure that government initiatives are made visible on all networks, including social media.

Some of Duterte’s remarks may be inane – like his advice to use gasoline as disinfectant or horse antibodies for vaccine development – but the effect of these frequent press briefings is to enhance the role of incumbent officials in dealing with the pandemic. During the extended lockdown, only politicians in power are authorized to venture out without restrictions, move around communities and enforce health protocols. Most of these local officials are Duterte allies and members of the ruling coalition. An emergency law passed by Congress in March gave the Duterte government billions in funding, which it has used to distribute vital goods to residents under quarantine and cash assistance to displaced workers. A new version of this law extending the special powers of Duterte to revive the economy and improve the country’s pandemic response was passed in September.

There have been widespread reports that these funds have been misused, but it cannot be denied that an emergency subsidy was handed out by the government to affected segments of the population. In a society where patronage is often the decisive factor in the distribution of public goods, the pandemic has reinforced the dependency of citizens on politicians. Duterte has used the vast resources at his disposal to consolidate power, transform the bureaucracy into a party machinery and win popular support.

But the high approval rating for the month of September should not make the Duterte government complacent. Former President Joseph Estrada also enjoyed overwhelming public support, but was still ousted from power following a corruption scandal.

The survey results also do not absolve the government from accountability regarding the worsening human rights situation, corruption and the ongoing COVID-19 crisis. Its refusal to acknowledge these problems could only cause more disruption and division in society.

It should not be blinded by the high trust rating, since the crucial test of Duterte’s popularity will come when Filipinos go to the polls for the next presidential elections in 2022.

Mong Palatino served for two terms in the House of Representatives in the Philippines representing the youth sector.