Will COVID-19 spur a wave of unionization? 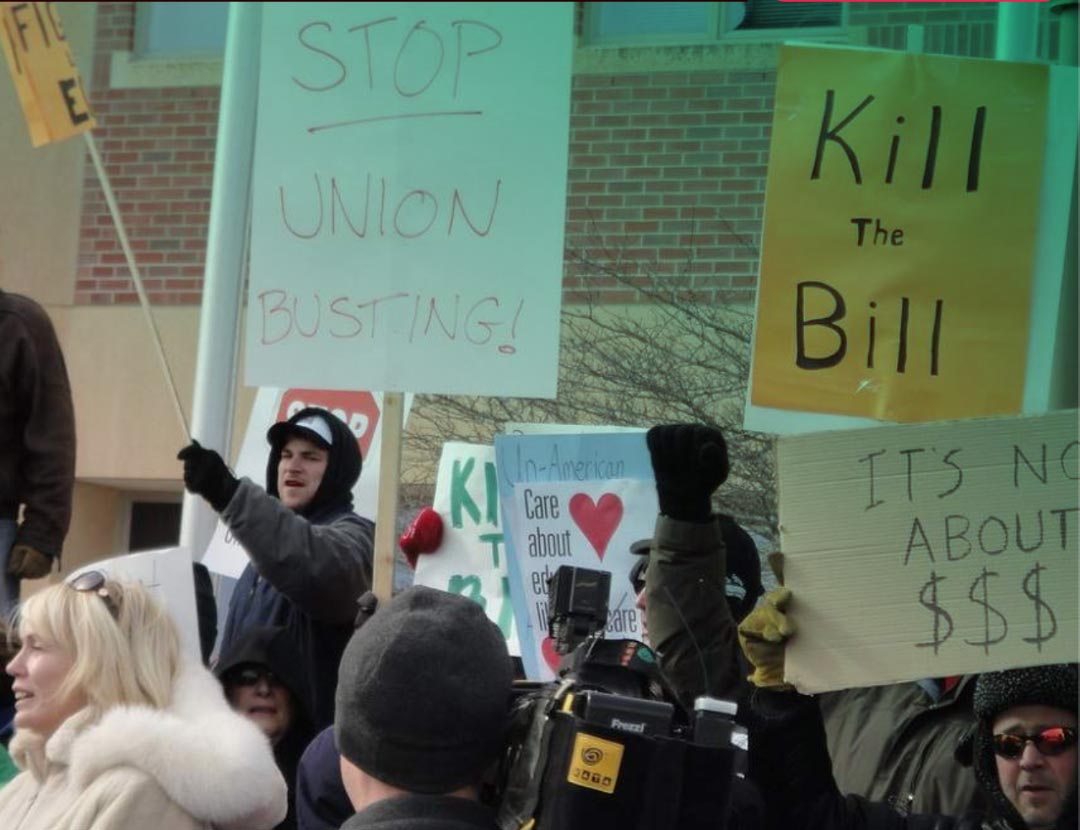 Workers have been infuriated by the callous treatment they’ve received in their workplaces. But many of them recognized that the most surefire way to get their employers to provide the protection they needed was through collective action.

In a society where corporations are relentlessly focused on maximizing profits and productivity, collective action is by far the most effective way for workers to get employers to address their pressing needs. Most corporate executives couldn’t care less whether their employees have a voice at work. It’s up to the nation’s workers to make their employers hear their voice—loud and clear.

In mid-March, someone asked me whether COVID-19 would spur a wave of unionization. My first reaction was no. How could workers possibly unionize when there was all this social distancing and people couldn’t even meet in groups? Moreover, I thought workers would be so cowed by the horrors of the pandemic that they wouldn’t give much thought to unionizing.

That response was short-sighted. I didn’t realize how furious many workers would become about the uncaring, even callous way their companies have treated them during this crisis—about the many employers that didn’t lift a finger to provide masks or hand sanitizer. Many of these irate workers recognized that the most surefire way to get their employers to provide the protection they needed was through collective action.

We’ve seen that kind of action from workers at Amazon, McDonald’s, Domino’s, Instacart, Perdue Farms, Whole Foods, and smaller grocery stores like MOM’s Organic Market in Philadelphia. Many workers have incorporated social distancing into their battles—standing six feet apart as they picketed their workplace, or using cars to block the drive-thru at their McDonald’s.

Many of these workers would no doubt vote to join a union tomorrow if they could (even though Trump’s anti-union National Labor Relations Board [NLRB] temporarily suspended all unionization elections in late March). But it remains very unclear whether all the coronavirus-inspired anger and activism will result in increased union membership. The overriding reason why it might not is an old one: when there are unionization elections in the United States, the playing field is tilted sharply in favor of corporations and against workers seeking to organize.

Kate Bronfenbrenner of Cornell University found in a study that companies often use intimidation tactics to thwart organizing drives. In her analysis, which looked at NLRB-supervised unionization elections between 1999 and 2003, 57 percent of companies threatened to close operations if workers voted to unionize, while 47 percent said they would cut wages or benefits. Bronfenbrenner also found that 34 percent illegally fired union supporters, 28 percent illegally attempted to infiltrate the union organizing committee, and 22 percent illegally used “bribes and special favors” to encourage workers to vote against the union. Another study of elections in 2016 and 2017 found that companies terminated nearly one in five rank-and-file workers who spearheaded unionization campaigns.

The federal judiciary’s conservative tilt makes unionization harder still. Not only do employers often require workers to hear anti-union consultants and watch anti-union videos, but they also have the right to prohibit union organizers from setting foot on company property, thanks to a 1992 Supreme Court ruling that exalted private property rights far above workers’ rights and concerns. Under that ruling, employers can even bar organizers from putting flyers on windshields in the employee parking lot.

During the pandemic, many employers remain as aggressive as ever in fighting unions. Amazon seems to have gone out of its way to signal that it won’t tolerate organizing efforts. The company fired Christian Smalls, who spearheaded a walkout by employees at its Staten Island warehouse who felt Amazon was doing far too little to protect them from the virus. Amazon also fired Bashir Mohamed, the lead worker-activist at a Minnesota warehouse, as well as two tech workers in Seattle who were outspoken climate campaigners and had criticized safety conditions at the warehouses. Whole Foods, an Amazon subsidiary, has created a heat map that uses twenty-five metrics, including diversity levels and the number of complaints about safety, to keep tabs on which of its stores are most at risk of union activity.

On March 31, the CEO of Trader Joe’s sent an anti-union letter to all employees, while a Trader Joe’s worker in Louisville said the company fired him for airing safety concerns about COVID-19 on his Facebook page. All that came after Google fired four worker leaders who were promoting collective action and after the tech darling, Kickstarter, suddenly dismissed several members of its union organizing committee. (Kickstarter said they were not terminated for backing a union.)

The outlook for unionizing isn’t all glum. The burst of coronavirus-related walkouts and sickouts comes after the biggest wave of strikes since the 1980s: the 2018–19 #RedforEd strikes, as well as major work stoppages at General Motors, Marriott, and Stop & Shop. The public approval rating for unions has climbed to nearly its highest level in fifty years. There has also been a surge of unionization among adjunct professors, grad students, digital and print journalists, museum workers, nurses, cannabis store workers, and nonprofit employees.

Another welcome development for labor is that this year’s crop of Democratic presidential candidates put forward the most ambitious plans to rebuild unions in decades, perhaps ending a long period in which the party took labor for granted. One Democratic candidate after another seemed to realize (or acted as if they just realized) that if wage stagnation is going to end, if income inequality is going to be reduced, if the Democrats are to win back Michigan, Pennsylvania, and Wisconsin, then it will be vital to strengthen the labor movement. It’s hard to know whether the presumptive nominee Joe Biden means what he says about fighting hard to rebuild unions; one sure thing is that workers would benefit from a Democratic majority on the NLRB, which comes with control of the White House.

She expressed an essential point: in a society where corporations are relentlessly focused on maximizing profits and productivity, collective action is by far the most effective way for workers to get employers to address their pressing needs. Most corporate executives couldn’t care less whether their employees have a voice at work. It’s up to the nation’s workers to make their employers hear their voice—loud and clear. There is no more pressing time to do this than during a horrid pandemic, when many workers have died because their companies failed to take adequate safety precautions.

Steven Greenhouse was a New York Times reporter for thirty-one years, spending his last nineteen years there as its labor and workplace reporter. He is the author of Beaten Down, Worked Up: The Past, Present, and Future of American Labor.

The post Will COVID-19 spur a wave of unionization? appeared first on Bulatlat.