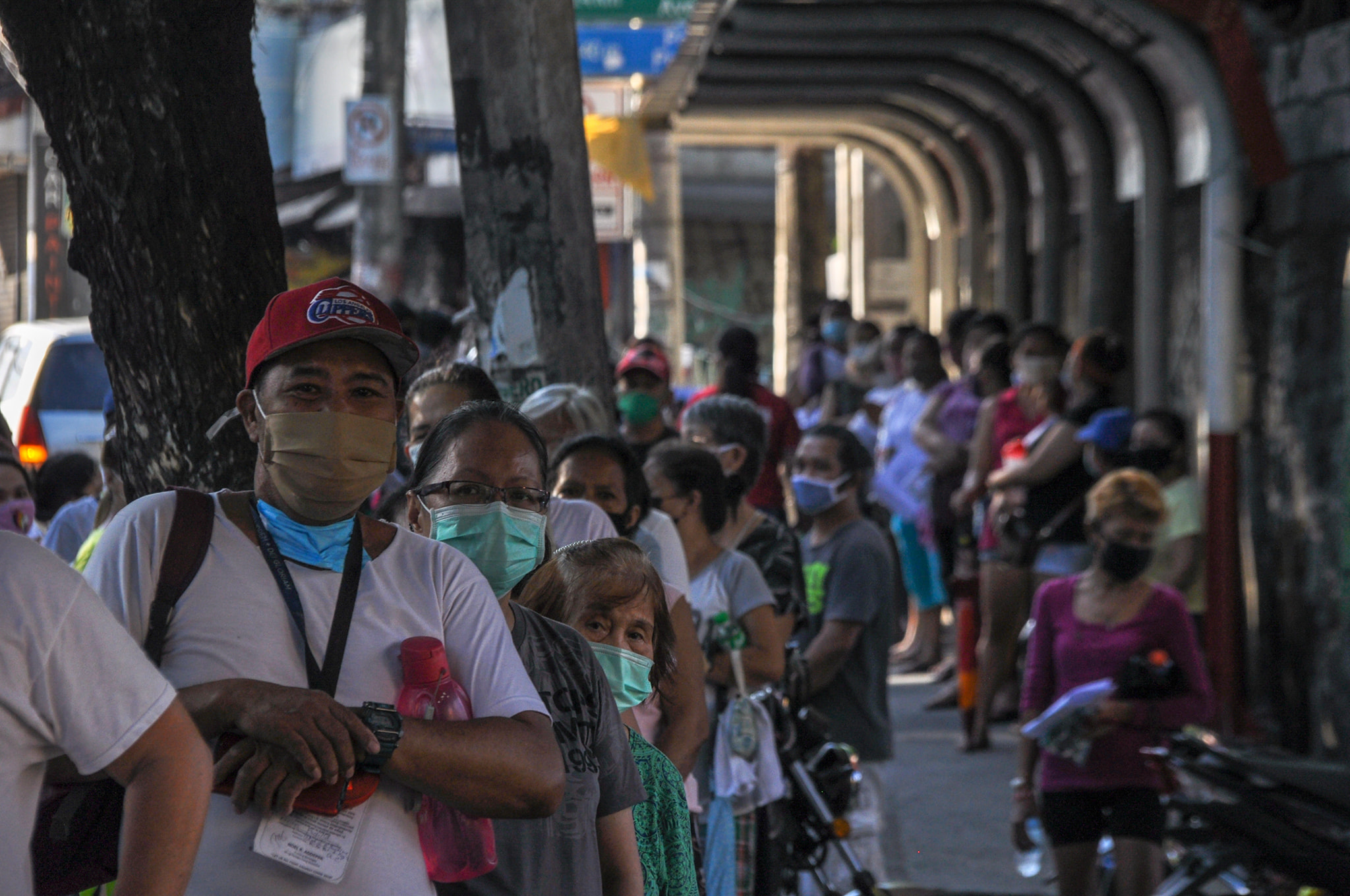 “The government have the funds but why not utilize it for aid? They have the machinery but the process has been slow. They (government) prioritized the Anti-Terror Law and term extension than the people’s stomach.”

MANILA – In almost five months, Filipinos have been confronting not only the deadly coronavirus disease 2019 but also its impact on their livelihood since the government ordered a lockdown.

As of July 2, the Department of Finance has secured $7.73 billion worth of loans from various lenders as augmentation to COVID-19 response. From this amount, $5.11 billion (P252 billion) has already been disbursed to the government.

The Department of Budget and Management (DBM) on the other hand reported that it has released P353.86 ($7.161 billion) which was sourced out from the funds available in the 2019 and 2020 national budget.

This plus the $5.11 billion (P252 billion) worth of loans already disbursed to the government would mean that there is a total budget of P606 billion ($12.264 billion) allocated for the COVID-19 response.

A look into the Citizens’ Budget Tracker would show how the government spent the budget allocated for the COVID-19 response. Based on Duterte’s Report to the Joint Oversight Committee dated June 15, a total of P246 billion ($4.978 billion) was spent for social amelioration program. This also include support for health sector and Bayanihan Grant to Local Governments.

“Where is the money spent?” asked Associate Professor Corazon Jimenez-Tan of the College of Social Work and Community Development, University Philippines-Diliman during the Citizens’ Urgent Response to End COVID-19 (Cure Covid) public briefing on July 22. She said the Duterte administration’s response to the pandemic have been far from participatory and transparent, and lacks accountability mechanisms.

She said government data alone has only left the ordinary people confused and not informed.

“There is no way to find out where the money has been spent. What the people has been experiencing is the lack of support and services on the ground,” she said.

From the study of the Citizens’ Budget Tracker, the government is not spending fast enough to mitigate the people’s hardships brought about by the implementation of lockdown to curb the spread of COVID-19.

Data would also show that the actual spending on services is not yet fully utilized.

According to Ibon Foundation beneficiaries of the social amelioration program have waited for at least six to 10 weeks before getting the first monthly tranche of the assistance. They also noted that the emergency relief given to the targeted beneficiaries is inadequate to the duration of lockdown.

The government announced that beneficiaries of SAP will receive P5,000 to P8,000. But on the average, Ibon said that a beneficiary family only received P5,611. “Over the last four months this comes out to just Php11 per person per day,” Ibon said adding that the government cash assistance is lower than the latest official poverty threshold of P10,727 a month for a family of five.

Still, this has not sufficiently covered the population who are in dire need of income in this time of the pandemic. Urban poor group Kadamay lamented that despite the billions of loans, many Filipinos are still suffering from hunger brought exacerbated by the loss of income due to lockdown.

“The government have the funds but why not utilize it for aid? They have the machinery but the process has been slow. They (government) prioritized the Anti-Terror Law and term extension than the people’s stomach,” said Mimi Doringo, Kadamay national spokesperson in a statement.

The recent survey of the Social Weather Station which was conducted on July 3-6 also showed that 20.9 percent or 5.2 million families have experienced involuntary hunger in the past three months. This is the highest hunger rate recorded since September 2014 which is at 22 percent.

For ordinary Filipinos, the lockdown has further exposed the insensitivity and inefficiency of the Duterte administration.