Without mass testing, PH not flattening the curve – scientist 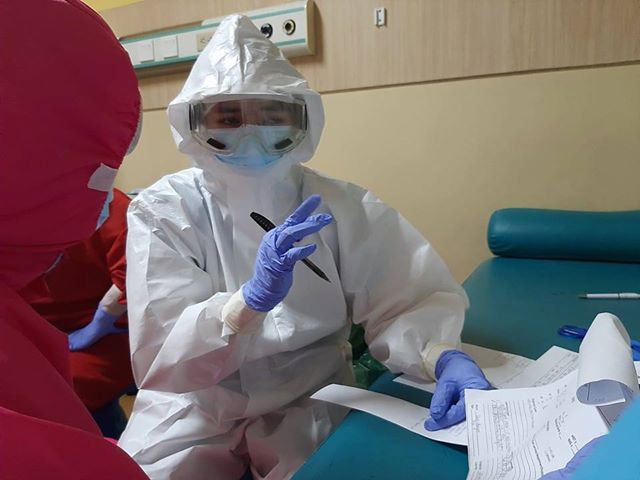 MANILA – With the recent announcement of easing the lockdown in some areas, scientists and health advocates are pressing for increased COVID-19 testing capacities to know where the country really stands in its fight against the dreaded virus.

Josh Danac, a molecular biologist and a member of the Scientists Unite against COVID-19, said in today’s webinar hosted by Citizen’s Urgent Response to End COVID-19 (CURE Covid) that he is not convinced that the Philippines is finally flattening the curve.

Danac pointed out that the health department may be “reaching the ceiling” of its testing capacity.

As of this writing, the Department of Health has 26 accredited testing centers, 18 of which are located in Metro Manila. Danac said this could potentially present data gap at how the country is faring in its fight against the pandemic.

Presenting a map of the confirmed COVID-19 cases, he said that the country appears to have “uneven spread.” However, he asked, “are these areas considered hotspots because of the spread of COVID-19 or are they merely equipped with testing centers?”

Without mass testing and availability of more testing centers, Danac reiterated that the Philippines cannot isolate and treat COVID-19 patients.

The health department has earlier said it plans to have a testing capacity of 30,000 per day by the end of May.

Danac, however, pointed out that the health department has yet to achieve its earlier target of 8,000 tests a day, with numbers flactuating and major testing centers scaling down its operations due to lack of supplies and health workers, to name a few.

He also pointed out the poor turnaround of results. The waiting time, he said, lasts not only for one to two days but to as long as nearly two weeks.

Earlier reports revealed suspected and probable COVID-19 patients dying without getting their results. There are also reports of how samples taken from patients can no longer undergo testing as the prescribed period for its validity has already lapsed.

Safely easing out from lockdown

Community doctor Julie Caguiat of the Community Medicine and Development Foundation highlighted the importance of raising the bar of the country’s health system as it confronts the pandemic. Information must also be disseminated in the communities to empower them amid COVID-19.

Exit strategy for the lockdown, said Danac, will only work if there is mass testing in place.

Meanwhile, Danac asked the Philippine government to simplify the process of accrediting test centers – with most experiencing chokepoints over having documents notarized. The Philippine government, through the health department, should step up in assisting possible test centers as building one is “technologically challenging” instead of merely demanding them to adhere to their compliance, he added.

The post Without mass testing, PH not flattening the curve – scientist appeared first on Bulatlat.