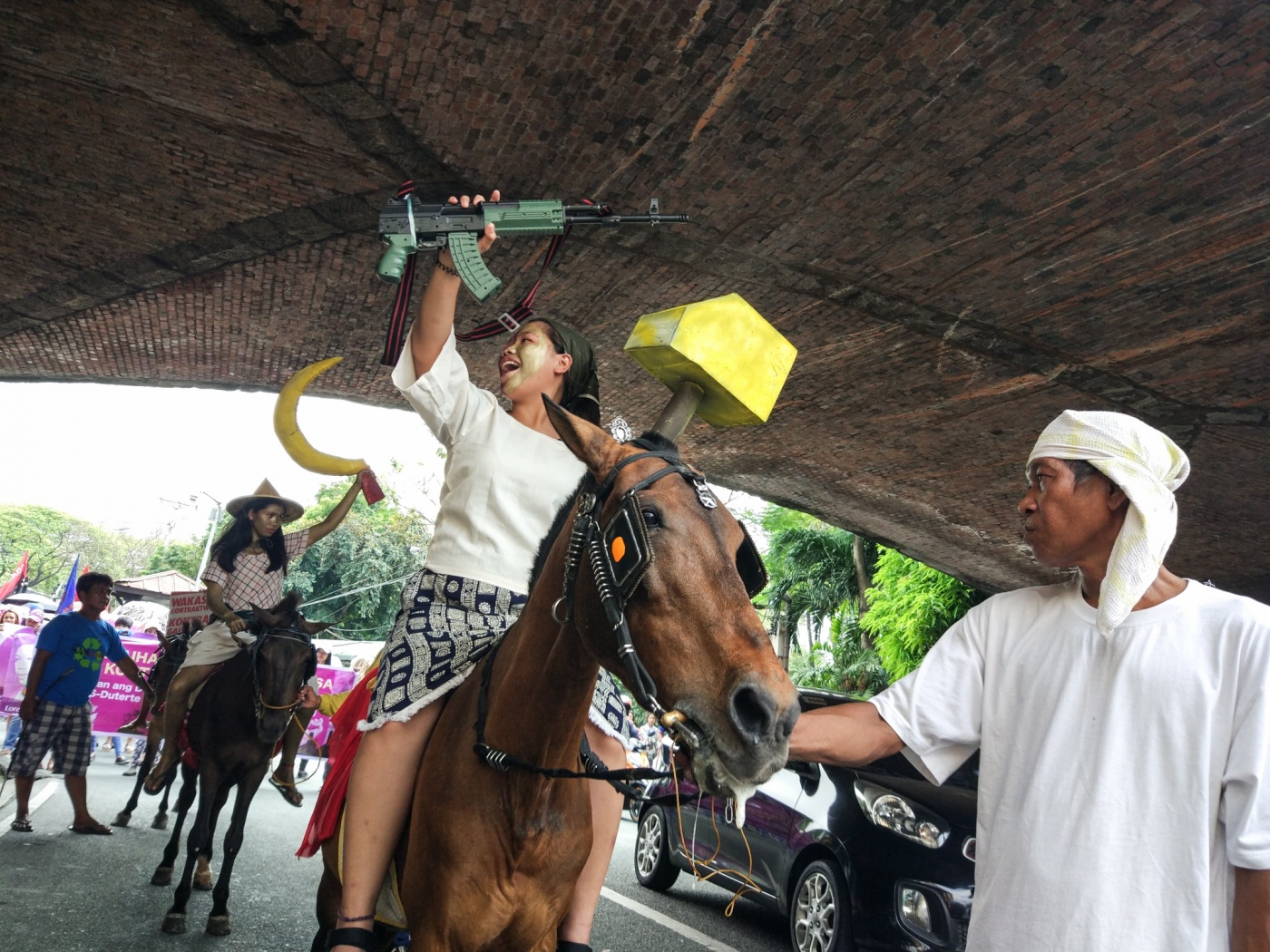 Exactly a week before the deadline of President Rodrigo Duterte for himself to issue an Executive Order (EO) to address contractualization that has long hounded the labor sector, members of militant women’s group Gabriela Metro Manila stormed the head office of the Department of Labor and Employment (DOLE) in Manila to urge Duterte to issue a ‘pro-workers’ EO that will totally ban endo in the country.

According to the group, they kicked-off the day-long International Working Women’s Day 2018 protest today in DOLE to also mark the start of their weeklong countdown to the issuance of the ‘endo EO’ of Duterte on March 15.

Protesters said that a ‘watered-down and pro-capitalists’ EO from Duterte will never be acceptable for the working Filipino men and women.

“President Duterte’s fulfillment of his election campaign promise to end contractualization is long overdue. Since the May 2016 polls, we have been waiting for concrete moves of Duterte that will criminalize all forms of contractualization,” Nora Calubaquib, chairperson of Gabriela Metro Manila said.

She continued, “For almost two years, Duterte did nothing on endo but rather just continue to implement his anti-women and anti-people policies.”

Calubaquib pointed out that if Duterte is really serious in putting a halt on endo, he must start with Henry Sy who is believed to be the leading employer of contractual workers, which are mostly women. Calubaquib stressed out, “The Palace must show decisiveness, power and political will to end contractualization amid the rising cost of basic commodities and services brought by Duterte’s Tax Reform for Inclusion and Acceleration (TRAIN) law. Ending contractualization can somehow ease the burden and worries of our workers on their tenure at work.”

“Instead of directing his iron fists against progressive groups and individuals critical to his anti-people policies, President Duterte must re-direct his wars against implementors of contractualization and to the system of endo as a whole,” Calubaquib continued.

After their protest at DOLE, three modern-day Gabriela Silang (worker, farmer and Lumad) riding horses led their protest march to the Liwasang Bonifacio and Mendiola.

20180309-7o4xmj2m
Farmers from Eastern Visayas also join the protest to call an end to militarization and rehabilitation in disaster-stricken areas. Photo by Erika Cruz