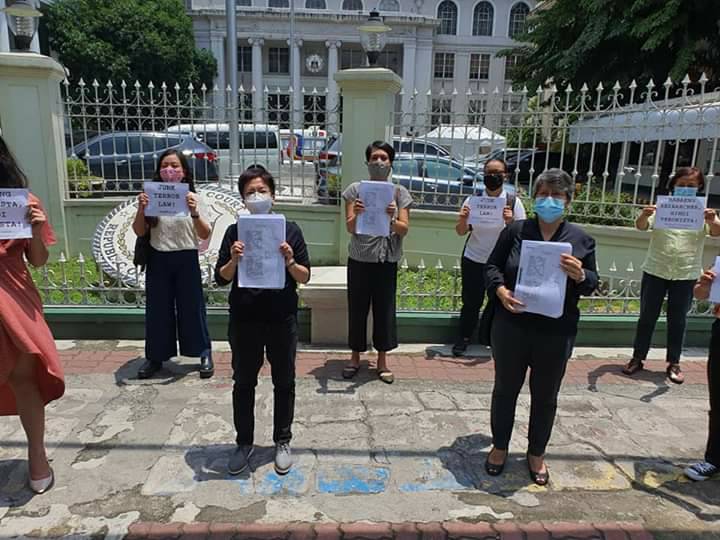 MANILA – Women’s group Gabriela is the 19th petitioner questioning the constitutionality of the controversial terror law before the Supreme Court.

The terror council, according to the petition, has a very broad but undefined power against suspected individuals and groups of persons or organizations.

JUST IN: Women’s group Gabriela is the 19th petitioner questioning the Constitutionality of the newly-passed terror law before the Supremr Court.

This may put progressives in danger, with the likes of Gabriela as among the oft red-tagged organizations in the country.

The law, the group said, violates Constitutionally-guaranteed rights such as rights of speech, expression, and association. It also violates the principle of separation of powers, with state security forces assuming the judicial function of finding probable cause, Gabriela said.

“To be branded and declared as terrorist is dangerous. Similarly dangerous is being branded as communist front,” the petition read, “These are an all-inclusive category which attempts to demonize Petitioners and other groups and individuals who are advocating for social change.”