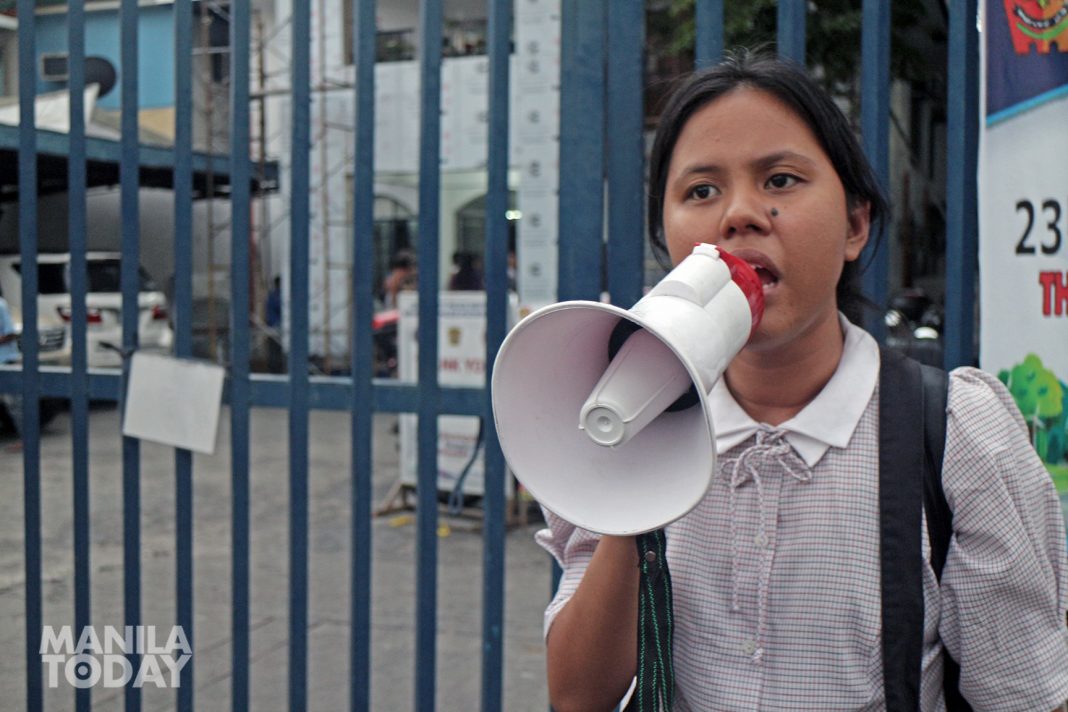 Argoncillo died inside the station on June 19, four days after being arrested by the Philippine National Police (PNP) for being shirtless.

[It is clear that the Oplan Tambay of the Duterte administration only attacks the poor.]

Amande said that only the poor in urban poor communities were targeted in the new directive of the president.

[Like Oplan Tokhang,  that is a big failure in the war on drugs, Oplan Rody or Oplan tambay is now the failure of the government to make communities safe, when the police were only after making their [arrest] quota, when inside the police station itself, the poor and hapless who were overtaken by police operations die,” said Amande.]

While the police first reported that Argoncillo died due to shortness of breath, an autopsy report from the Commission of Human Rights (CHR) indicated that the victim suffered “multiple blunt force trauma” shown on the bruises on his extremities and body.

Kin and friends also said that Argoncillo was also reported to had something forced inside his genitals.

The youth groups insisted that Argoncillo suffered under torture while in detention.

Protesters lit candles in front of the police station ‘to ask for justice for Argoncillo’s untimely demise.’

Argoncillo’s friends and neighbors lamented that the police would be back in their community for their many operations and that has prevented others from joining the protest. 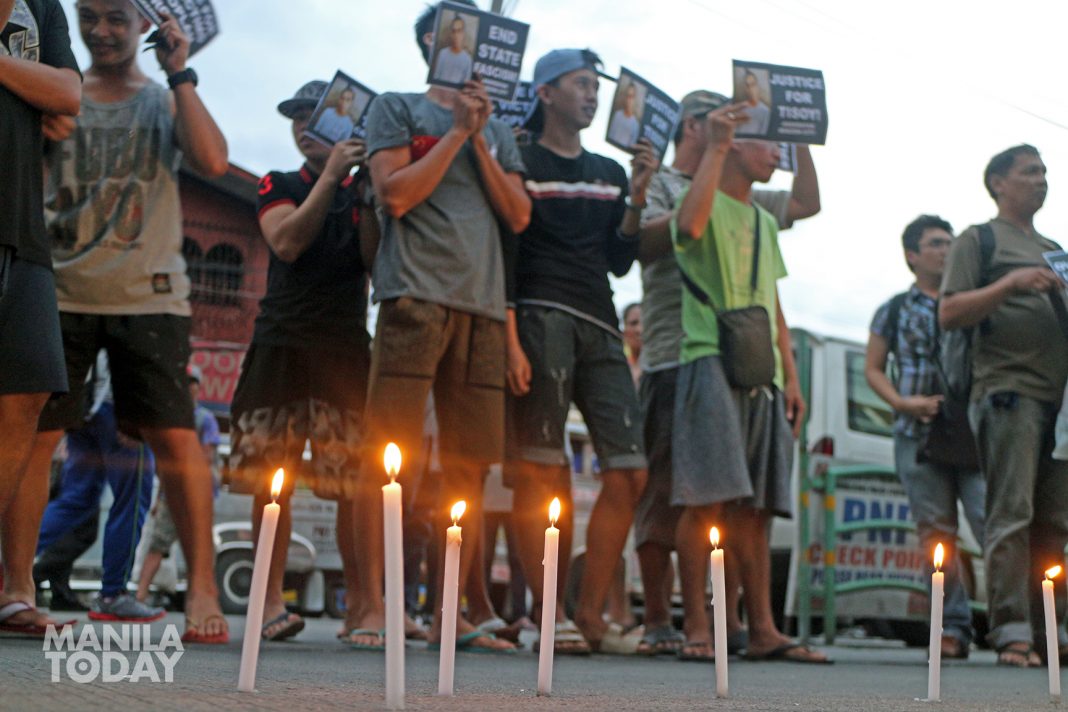 Paco Perez of YMAT condemned the police for Argoncillo’s death at their custody.

[You cannot bring back the life that you took. You do not serve the poor people, you have become their adversaries because of your inutile operations. This administration kills the poor and not poverty.]

[We will not stop until we obtain justice for Tisoy and all the other victims of this administration.] 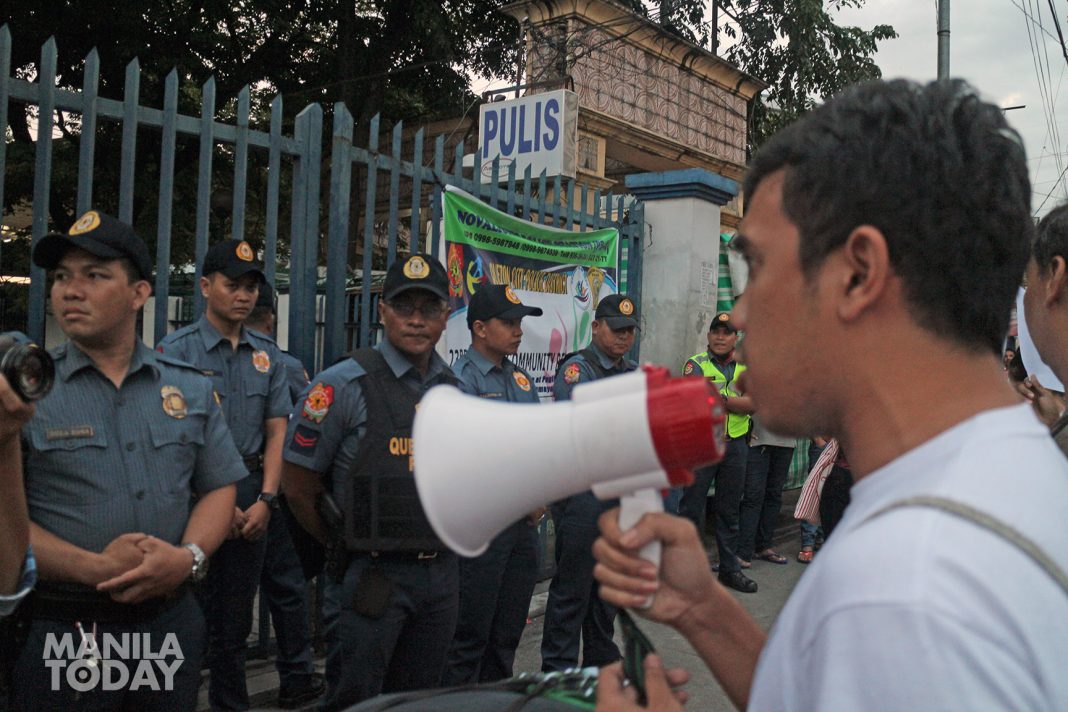