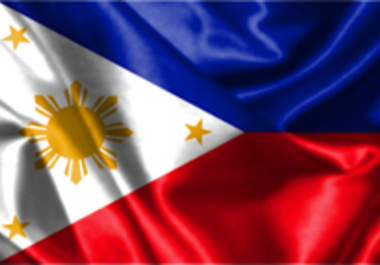 Research group IBON is challenging the succeeding Senate to prove its independence by rejecting the proposal to amend the 1987 Philippine Constitution or Charter change (Cha-cha). Lawmakers should keep in mind the dangers that Cha-cha poses on Philippine economic sovereignty, said the group, and not be swayed into passing other laws that fulfill the consistent goal of Cha-cha to open the economy to full foreign participation.

IBON said that while RBH 15 expires on June 30 this year, the Duterte government has sustained its espousal of Cha-cha by organizing an Inter-Agency Task Force on Federalism and Constitutional Reforms and can easily restart or expedite deliberations under an administration-dominated 18th Congress.

IBON stressed that Cha-cha would strike out the nationalist provisions of the constitution and liberalize the economy to foreign investors. Moreover, said the group, Cha-cha will limit government’s role in protecting the Philippine economy and allow foreign ownership of natural resources, educational institutions, mass media and advertising, public utilities, and strategic enterprises.

Cha-cha would remove provisions on using the preferential use of Filipino labor and limiting professions to Filipinos, noted IBON. This will worsen the country’s jobs crisis. For instance, more Filipinos go abroad for work than new jobs are created locally. In the first semester of 2018, the average number of Filipinos who went abroad for work daily was 5,757, while only 2,263 new jobs were created on average per day during the same period, said IBON.

The group added that important stipulations on labor rights such as security of tenure, humane conditions of work, and a living wage, are deleted in the proposed Cha-cha. Already, IBON observed, 2018 data shows that 8.5 million workers of private companies and 985,000 workers in government agencies are still non-regular workers. Meanwhile, the Family Living Wage (FLW) as of March 2019 is at Php1,004 for a family of five compared to which the National Capital Region’s (NCR) minimum wage of Php537 falls short.

The proposed Cha-cha also narrows government’s role in providing basic social services such as health development and affordable housing by adhering to the neoliberal policy of privatization, IBON said.

The group further warned that proposals to open public utilities to full foreign ownership such as proposed amendments to the Public Services Act (PSA), and to increase areas that are open to foreign investments such as through revisions to the foreign investments negative list (FINL), are in the works and ground breaking the eventual neoliberalization of the highest law of the land. IBON said that legislative amendments such as these are being prioritized by government and will serve the same purpose of opening the economy for big business and foreign profit-seekers. Nationalists and people’s rights defenders among the country’s lawmakers, if there are any left standing, should be vigilant against these moves.

IBON pointed out that the midterm elections are fast concluding with incredible results that will be favorable to the Duterte administration’s neoliberal legislative agenda. The Filipino people have reason to doubt that the passage of Cha-cha and other laws surrendering national patrimony will not be as ‘magical’ as the election results, IBON added. This will be so unless nationalists and people’s rights advocates shall continue to challenge the Philippine legislature.###